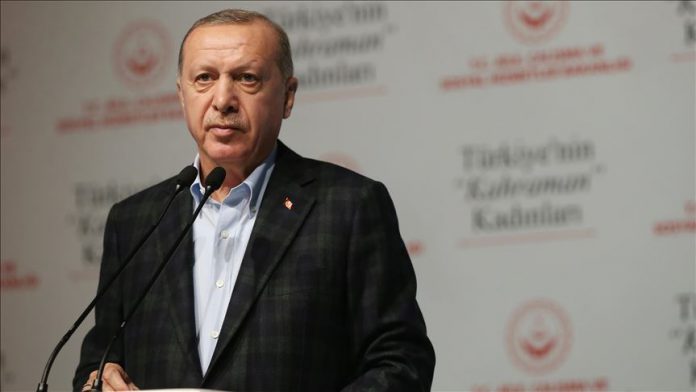 Lambasting silence in the face of hardships, abuse and killing of women across the globe, Turkey’s president on Sunday spoke against the “hypocrisy” of the world celebrating International Women’s Day.

“It is hypocrisy that the world with its callused conscience celebrates March 8 International Women’s Day,” Recep Tayyip Erdogan said at an event in Istanbul celebrating Turkey’s “Hero Women.”