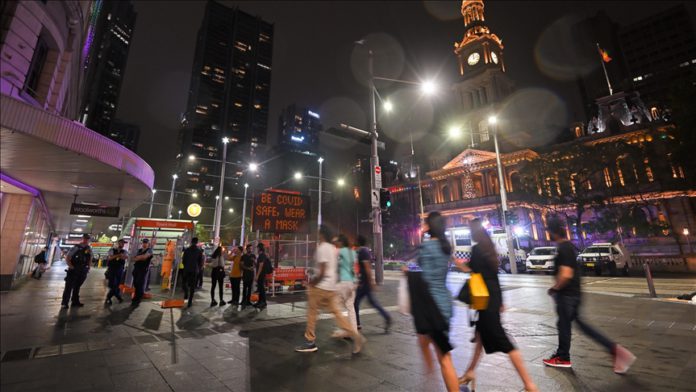 Tens of thousands of women across Australia have turned out to protest against sexual misconduct and harassment in the country, local media reported on Tuesday.

The protest began in response to recent allegations of sexual assault by Brittany Higgins, a former government staffer who claimed she was raped by a senior colleague inside a senior minister’s office in 2019, according to ABC News.

The Higgins allegations have sparked widespread concern and debate about the treatment and harassment of women in Parliament House.

“I was raped inside Parliament House by a colleague, and for so long I felt like the people around me only cared about where it happened and what it might mean for them. It was so confusing because these people were my idols,” Higgins said. She made the remarks while speaking at the women’s protest rally outside Parliament House, according to ABC.

According to Higgins one out of every five women in Australia will be sexually assaulted or raped in their lives. She said: “If you are a woman of color, those statistics are even higher.”

“I watched as the Prime Minister of Australia publicly apologized to me through the media, while privately his team actively discredited and undermined my loved ones,” she added.

On Feb. 16, Prime Minister Scott Morrison apologized to Higgins for the way her rape complaint was initially handled.

The March 4 Justice rallies held across 40 cities of the country demanded protection for women in Australia.

Morrison offered to speak to the organizers in Parliament House, but they turned down the offer, saying the premier should come out and speak to participants in the rally.