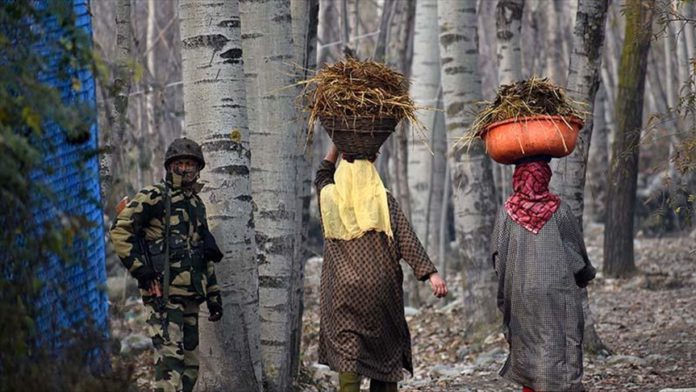 Stuck in agony and trauma due to decades of violence, the women in Indian-administered Kashmir are off late-breaking stereotypes and smashing the patriarchy.

Saima Shafi, a civil engineer, had never thought that she would come to the rescue of the dying art of pottery in Kashmir and revive it by using modern techniques.

From her childhood, the 29-year-old woman was very fond of pottery and used to buy things made of clay. But as she grew up, the pottery and its makers faded away.

“I remember in my childhood I used to buy a lot of stuff made of clay but as time passed, I realized that such things were not visible neither in our markets nor in our homes,” Shafi said.

The interest to revive the art led Shafi to do online research related to the subject and finally drove her to formally learn the art outside the region in the southern Indian city of Bangalore.

“I wanted to properly learn this art but at the same time wanted to know how modern techniques can be used to revive and rejuvenate it,” Shafi told Anadolu Agency.

The art of pottery in the Kashmir region can be traced back from 3000-1000 B.C. as the excavation of earthen pots from an archaeological site at Burzhama, located in the outskirts of the main city, Srinagar has revealed it. But with time, the art faded away.

Shafi recalled that there was a time in Kashmir when people mostly used to have earthen utensils in the kitchens but modern kitchenware took over and the sector slowly started diminishing.

“There are only a few items which people buy now like Tumbakhnaer [earthen rod-like music instrument which is widely used in marriage ceremonies of Kashmir],” said Shafi. She added there is hope in bringing this art back to life if modern techniques are employed and new kinds of vessels are made.

In this direction, Shafi opened a physical studio called Kralkoor (Potter Girl) where she uses modern tools to give a new shape to this art in terms of modernity and tastes while also educating traditional potters about the new techniques.

“It is an immense pleasure when your work gets applauded and noticed but I want this art which is our heritage to get showcased all over the world,” she said.

As Shafi started receiving applaud for her work, her relatives objected to this form of art.

“People around me used to ask was this the only thing I wanted to do in my life, why not something else?” Shafi remembered.

She also worked to eliminate the stigma attached to people associated with this art.

“Traditional potters have been looked down upon in society for belonging to the lower class which I wanted to change,” she said.

Shafi said she deliberately wanted to be called Kralkoor so that people can change their perspective towards others and appreciate the work which potters do.

“I feel very proud to be called as a potter girl rather than an engineer or something else,” Shafi said.

While Shafi is hopeful that the art will get a new life, another woman of Kashmir is breaking the taboo related to menstrual health.

Irfana Zargar from Srinagar, the main city of the region in late 2014, took an initiative to address the misinformation and myths that surround menstruation.

She felt that working women and college girl students need such stuff on priority which must be available at public washrooms besides to promote awareness around the issue.

In early 2014 Irfana wanted to do something meaningful to pay tribute to her departed father.

From her own money, she started assembling and distributing sanitary kits at public toilets to educate and enable women to maintain sanitary health.

“I started this initiative after keenly noticing how women particularly working and young girls in our society suffer during menstruation when they are out for work or education,” Zargar said while adding it was the best charity one can do.

Working as grievance officer in a local municipality, Zargar has distributed sanitary kits in over two dozen washrooms in Srinagar City alone while distributing kits door to door to underprivileged women and girls.

Zargar said that there is still a lot of misinformation related to the issue for which she wants to create awareness.

“In today’s time as well, many women do not have access to sanitary napkins or toilets and many even shy away from using or buying such products. It is because of the misinformation and taboo that have been attached to this issue,” Zargar told Anadolu Agency.

In India, almost 77% of women do not have access to sanitary napkins. A report by an Indian NGO Dasara disclosed that yearly around 23 million girls stop going to school after they start menstruating.

“There is no awareness related to the issue. People still consider menstruation as dirty, perpetuating a culture of shame and ignorance,” Zargar said.

As Zargar has been doing this work for over the past six years, she wants more women to join and do their bit at their places regarding the issue.

“Let us create a chain and be torchbearers.”