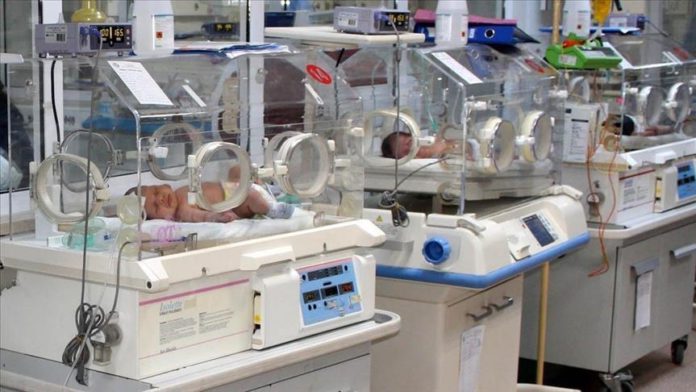 A South African woman who claimed to have given birth to 10 babies this month lied to the world because she was not pregnant and did not give birth to any children in recent times, authorities said Wednesday.

The Gauteng provincial government, which includes the cities of Johannesburg and Pretoria, said in a statement that it launched investigations this month after a local publication claimed that Gosiame Sithole, 37, had delivered 10 babies on June 7.

The publication claimed that Sithole delivered seven boys and three girls by caesarean section at an undisclosed hospital.

“None of the hospitals in the province – both private and public — had any records of such births at their facility,” the statement said.

Sithole’s alleged “miracle birth” excited the world, which believed she had set a new Guinness World Record after news of a Malian woman giving birth to nonuplets in Morocco last month.

But the secrecy surrounding the whereabouts of the mother and babies created serious doubts among some South Africans, with many wondering if the 10 miracle babies indeed existed.

Last week, the family of Tebogo Tsotetsi, Sithole’s boyfriend, said in a statement that he had confirmed to them that he has not seen the babies and had relied on his girlfriend, who called to inform him of their birth.

The statement further claimed that Tsotetsi had made several attempts to visit Sithole and the babies at the hospital, but she did not disclose her whereabouts to him or inform him of the condition of the babies.

“The family has resolved and concluded that there are no decuplets born between Tebogo Tsotetsi and Gosiame Sithole, until proven otherwise,” it said.

The provincial government said its social development department social workers had reached out to Sithole with concern about her state of heath and her babies.

The statement further said they arranged for her to be admitted to Tembisa Hospital near Johannesburg for observation on June 18 and it was established by doctors that she did not give birth to any babies in recent times. It was also established that she was not pregnant in recent times.

Independent Media Group, which first broke the story, had stood by its version. The Gauteng provincial government said it was concerned by the conduct of Independent Media Group and has instructed the Attorney General to take legal action against the publication and Its Pretoria News editor Piet Rampedi.