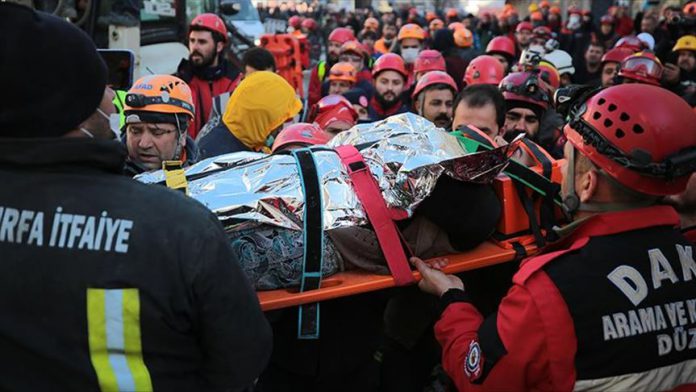 A woman was rescued on Saturday from the rubble of a collapsed house 17 hours after a powerful earthquake hit eastern Turkey.

The live broadcast of rescue efforts showed that a female rescue worker was speaking over the phone with the trapped woman, identified as Azize, in a bid to calm her during the rescue operation.

At least 22 people were killed and more than 1,030 others