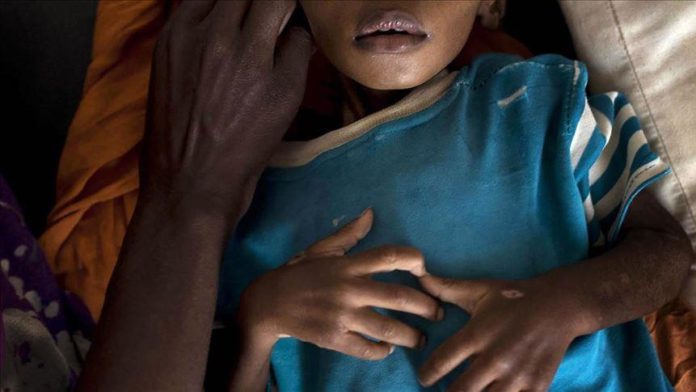 A woman and her two children died of hunger and thirst in southwestern Somalia, as the local administration on Sunday feared more deaths due to the ongoing drought in the Bakool province.

Rabdhure District Commissioner Mohamed Kheyr Salaad told local media that the district is severely affected by the drought and that he fears that more people will die as a result of water and food scarcity, as well as malnutrition.

The region has been blocked by the al-Qaeda-affiliated terrorist group al-Shabaab for the past eight years, making it impossible for people to receive humanitarian aid by road, he said.

“The only way to reach affected people who are suffering from the blockage is by air or roads leading to the Ethiopian border,” he said.

He added that the current situation is beyond the regional administration’s capacity to handle, as humanitarian aid from Bakool province has yet to reach the affected area.

Over 4.3 million people need humanitarian assistance in the Horn of African country due to the climate change-related drought in Somalia, which is currently battling one of its worst droughts in decades.

The drought has also resulted in the deaths of over 700,000 livestock in just two months, according to international humanitarian organizations.​​​​​​​

The government has already declared the drought a humanitarian state of emergency.

'Turkey is part of Europe and will be part of new...