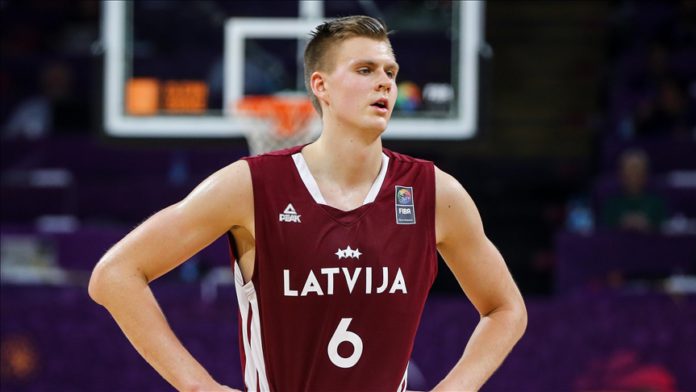 The Washington Wizards strengthened their squad with Latvian center-forward Kristaps Porzingis on Thursday, the NBA Eastern Conference team has confirmed.

The 2022 NBA trade deadline was Thursday as the league saw several trades.

“Kristaps is an All-Star player whose unique talents will fit well within our system and allow him to impact the game for us in multiple ways,” Wizards President and General Manager Tommy Sheppard said on the team website to welcome the 26-year-old.

“He will get a fresh start with our team and provide us with the opportunity to play multiple lineups that feature size, versatility and shooting ability,” Sheppard added.

This season he played 34 games for the Mavericks to average 19.2 points and 7.7 rebounds per game.

According to the agreement, Wizards pair Spencer Dinwiddie and Davis Bertans were sent to Dallas Mavericks.

The Western Conference franchise added that they traded German center Daniel Theis to the Celtics.

But then he played for the Chicago Bulls and the Rockets.

This season, Schroder averaged 14.4 points, 4.2 assists, and 3.3 rebounds in 49 appearances for the Celtics. Schroder, 28, previously played for the Atlanta Hawks, Oklahoma City Thunder, and Los Angeles Lakers in the US.

The Charlotte Hornets signed forward-center Montrezl Harrell from the Washington Wizards, as his new team confirmed the move.

In a statement, the Hornets said the Wizards got center Vernon Carey Jr. and guard Ish Smith in this trade.

Harrell, 28, previously played for the Los Angeles rivals: the Clippers and Lakers.

He played with 14.1 points and 6.7 rebounds per game average this season.

Harrell was named the 2020 NBA Sixth Man of the Year.

The Boston Celtics had Derrick White from the San Antonio Spurs.

The Celtics said on their website that 27-year-old guard White joined Boston but they sent guards Romeo Langford and Josh Richardson to Spurs.

White averaged 14.4 points and 5.6 assists per game for the Spurs this season.

San Antonio previously signed him in 2017.

“To complete the deal, the Bucks have traded guard Donte DiVincenzo to the Kings and forwards Rodney Hood and Semi Ojeleye to the Clippers. Milwaukee has also acquired a second-round draft pick from Sacramento and Detroit along with cash considerations from Los Angeles,” the Bucks said on their website.

Ibaka, 32, has a 12-year NBA experience, having previously played for the Oklahoma City Thunder, Orlando Magic, and Toronto Raptors.

He was a Real Madrid player during the 2011 NBA lockout, but then returned to the Oklahoma City Thunder.

He played 35 games for the Clippers to average 6.6 points and 4.3 rebounds this season.