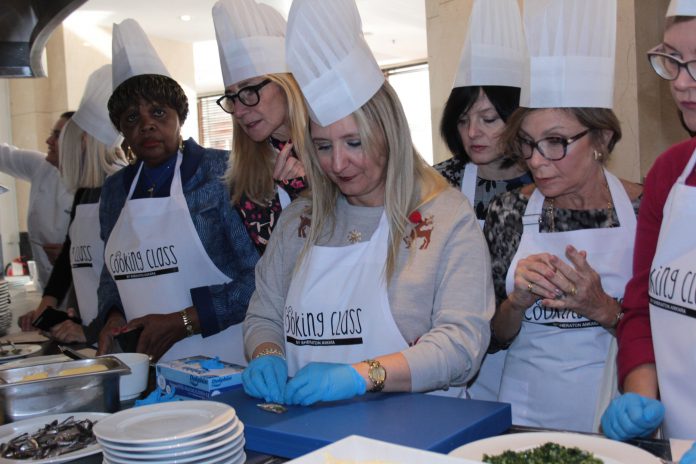 The wives of ambassadors in Turkey on Tuesday took a cooking class that introduced them to Black Sea cuisine.

The event was hosted in the capital Ankara in cooperation with Fulya Saglik, president of International Health Association, and Zeki Acikgoz, head of Turkey’s Cooks and Chefs Federation.

Saglik noted that last month they organized a similar event in southeastern Gaziantep province, which was added to UNESCO’s list of The Creative Cities Network on gastronomy in 2015.

During the event the wives of the ambassadors of Brazil, Pakistan, Democratic Republic of Congo, Latvia, Luxembourg, Serbia, Kazakhstan, and Czech Republic