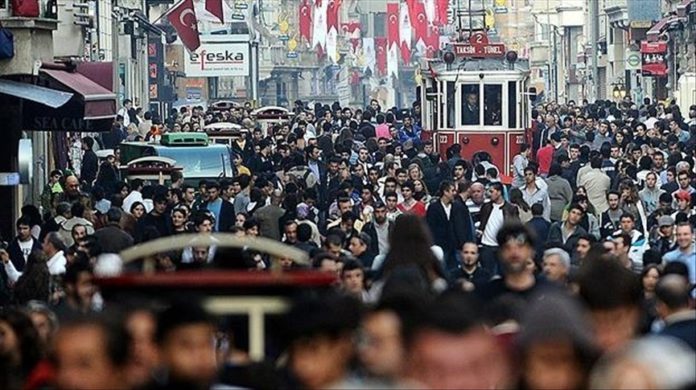 With a population of 83.4 million people, Turkey ranks 19th among 235 countries by population size, making up 1.1% of the world’s total population, said new statistics released on Tuesday.

The total fertility rate is the average number of children that a woman could have during her reproductive years, age 15-49.

These three countries represent over 40% of the world’s total population.

In 1989, the UN Development Program (UNDP) recommended that July 11 be observed worldwide as World Population Day to focus attention on the urgency of population issues in the context of overall development plans in order to find solutions for overpopulation issues.

On this special day, the UN Population Fund (UNFPA) selects a theme which addresses important issues of the population and works to raise awareness on this theme every year.

This year, amid the continued pandemic, it pointed out that COVID-19 endangers the health of all people in the world, especially the groups defined as the “vulnerable population,” and exacerbates gender inequalities.

The UNFPA emphasized in the theme of World Population Day 2021 that “the solution to changing fertility rates will be achieved by giving priority to reproductive health and all human rights.”

It drew attention to women and girls who lack access to reproductive health services and family planning methods, and who are also subjected to domestic violence in countries where healthcare systems are inadequate during the pandemic.

South Korean football league to start on May 8