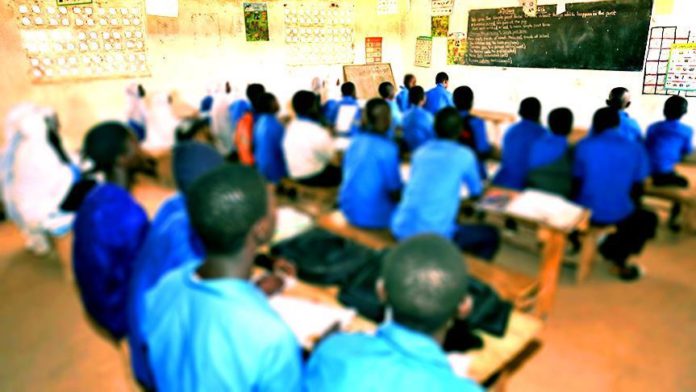 Despite the establishment of a central government in Somalia, the country’s public education system has been hampered by 30 years of conflict, poverty, weak governance, and climate change, affecting nearly 3 million people, including 1.4 million girls, who require assistance to attend school.

Somalia was once considered one of the leading countries in the Horn of Africa in terms of quality education, owing to a free schooling system. However, this ended with the collapse of the central government in the early 1990s, with children’s enrollment in educational institutions subsequently plummeting.

The country has since then also been grappling with several other challenges, including conflict, poverty, and, most importantly, budget cuts to the public education sector, as well as the introduction of a fee system in educational institutions.

The latest UN statistic showing that barely 33% of children attending school has made headlines in Somalia ahead of World Education Day on Sunday.

“Only 33% of Somali children are enrolled in primary school,” according to the UN Office for the Coordination of Humanitarian Affairs (OCHA), which urged the international community to help humanitarian efforts to improve education access through 2022.

Ongoing conflicts, high susceptibility to environmental shocks, and weak governance systems have made Somalia one of the world’s most vulnerable countries despite the establishment of a central state, according to the OCHA report.

At least 3 million people have been affected by these crises, including 1.4 million girls throughout the country who require assistance to attend school.

Decades of poverty and insecurity have had a negative impact on all children’s access to education, resulting in low enrolment and attendance in schools, with girls being particularly affected, according to the OCHA.

At 44.4%, Somalia has the second-largest percentage of school-age children (aged three to 17) to total population in East Africa. This is compared to a regional average of 41.5%, according to Victor Chinyama, the chief of communication for UNICEF Somalia, who responded to Anadolu Agency’s questions via email.

Somalia’s public schools are overcrowded, with low teacher-pupil ratios and more than 50 students to a single classroom, according to Chinyama.

Climate shocks are a major contributor to high levels of internal migration and internally displaced populations across the country, affecting access and continuity in public education.

During the decades of civil strife, the education system became fragmented and schools were destroyed.

In the absence of a central government, the burden for public education has increasingly shifted to communities, which filled the vacuum.

Internal conflict has also posed a direct threat to education, with attacks on schools involving killings, kidnappings, and threats against teachers, as well as the destruction and looting of school property.

Armed terrorist groups, including al-Shabaab, frequently target students and children outside of school as recruits, according to Chinyama.

Mohamed Ali Noor Americo, Somalia’s former ambassador to Kenya and now a notable children’s education activist, told Anadolu Agency in the capital Mogadishu that poverty and conflict are the main reasons why 67% of Somali children are out of school.

“Unemployment, poverty, and the collapse of the former government, which provided free education, are among the main reasons why just 33% of Somali children attend school,” he said.

“However, I believe that if we stand up and work together, we can make a huge difference,” he added in an optimistic tone.

Americo also mentioned that he had established a primary school in Eel Irfid, on the outskirts of the capital, that provides free education to around 90 students.

“I became more involved in the education sector after seeing the education situation in Somalia,” he asserted, adding that his organization Yasmin, named after his daughter who was murdered by robbers in 1992, provides support for children with special needs.

“Besides, we help 167 children, most of whom are disabled, including blind people in Mogadishu’s Howlwadag district, as well as Karaan and Madina, with their schooling, as well as other essential services,” he added.

He estimates that private and public educational institutions exist in 10% of Somalia’s rural areas, with 90% of pastoral and farming households unable to send their children to school.

Farhan Isak Yusuf, an educationalist, argued that as a result of the former government’s collapse, people now have to pay for their own education expenses as their families struggle to make ends meet.

“The majority come from large families, and schooling is costly. There are very few (public) schools in the country, and their number is really negligible,” Yusuf told Anadolu Agency over the phone.

Mogadishu only has 20 public schools, which are insufficient to accommodate the educational needs of the city’s population of almost 2 million people, said Yusuf, who is the deputy head of the local think tank Somali Public Agenda.

He added that the federal government’s funding for education and social services are also quite limited.

“If we talk about education opportunities and challenges in Somalia, since the collapse of the previous government, private schools and universities have opened to meet educational needs, giving great hope to many young people who don’t have access to education abroad,” Yusuf said, noting that the absence of these private institutions would lead to major problems.

Underlining that a majority of public schools lack financial resources, as well as adequate facilities and equipment, he said these posed challenges in the education sector.

Technical subjects in schools, he said, are few and far between, with only a focus on social studies.

He urged the authorities to step up the government’s education spending, focusing on primary schooling, while also seeking international partners to fund public schools to meet the educational needs of low-income families.