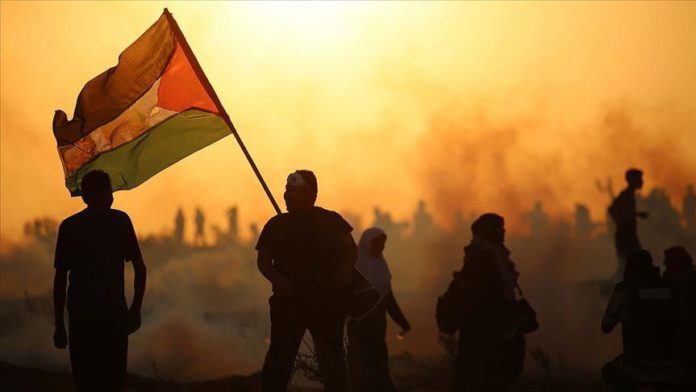 The United Arab Emirates shocked those who support Palestine’s legitimate struggle by sponsoring Israel’s expansionist strategies with its new deal with Tel Aviv, according to a British-based expert.

“What was happening secretly and behind the thinly veiled official denials has simply come to light under an official US-sponsored agreement,” said Anas Altikriti, founder and CEO of the UK-based Cordoba Foundation, a group dedicating to bridging understandig between the Muslim world and the West.

In a written statement to Anadolu Agency, Altikriti said “the full and complete normalisation of Israeli-UAE relations shouldn’t come as a shock to anyone who has been monitoring the official policy of the Gulf state over the past 7 years in particular.”

“However what is shocking is that this Arab Muslim state has chosen to totally abandon the legitimate struggle of the Palestinian people for their undeniable basic rights, and to officially sponsor Israel’s expansionist vision for a Zionist colonial settler entity, which will encroach on several of its fellow Arab states, including Jordan, Egypt and Syria.”

Calling the agreement between the UAE and Israel a “shameful pact,” Altikriti stressed that the deal will cause a greater gap among regional regimes.

He said: “Unfortunately, one only expects more similarly inclined Arab states to follow in this shameful pact, which will create an even greater gap and disparity between these regimes and their nations.”

“Arab and Muslim peoples have always and will continue to stand strong alongside the rights of the Palestinian people for their lands, territories and sacred places, including Al-Quds [Jerusalem] and the holy Haram which houses Al-Masjid Al-Aqsa [Mosque], regardless of the immature, immoral, defeatist and failed stands of the UAE regime,” he added.

A joint statement by the US, UAE, and Israel claimed the “breakthrough” would promote “peace in the Middle East region and is a testament to the bold diplomacy and vision of the three leaders,” referring to Trump, Abu Dhabi Crown Prince Mohammed bin Zayed al-Nahyan, and Israeli Premier Benjamin Netanyahu.

With the deal, the UAE is the first Gulf state and third Arab country to have full diplomatic relations with Israel, after Egypt and Jordan.

The deal is a “treacherous stab in the back of the Palestinian people,” Hamas said in a statement.

Turkey said the agreement was “stillborn” and “completely invalid,” adding the UAE disregarded the will of Palestinians.

A Foreign Ministry statement said: “While pursuing its narrowly defined interests, the UAE has attempted to present its betrayal to the Palestinian cause as an act of altruism. The history and the conscience of the people in the region will never forget or forgive this hypocritical act.”

“We may take steps to suspend diplomatic ties with the UAE or withdraw our ambassador,” President Recep Tayyip Erdogan warned on Friday.

No guarantees on West Bank annexation

In fact despite the deal, the UAE has no firm guarantees that Israel will not annex occupied Palestinian territory in the future, according to an Emirati minister who spoke to British media.

“Nothing is written in stone” should Israel renege on its promises, and there are no “conditions attached” to the surprise agreement, Omar Ghobash, assistant UAE minister for foreign affairs, culture and public diplomacy, told Britain’s The Independent.

“We don’t have any guarantees as such,” he said.

'Illegal search of Turkish ship is a border violation'