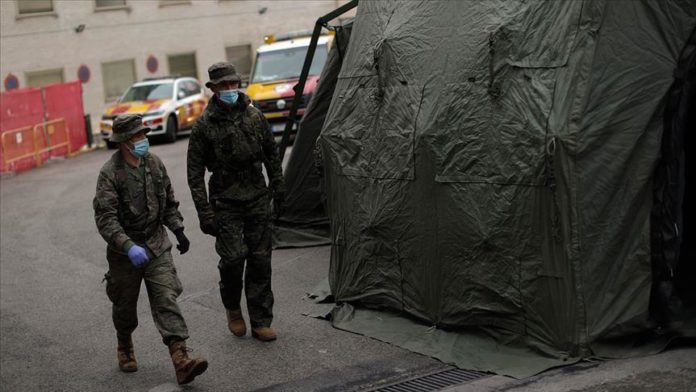 Spain saw another surge in COVID-19 cases on Tuesday, with 7,117 more positive tests, as the prime minister announced that the army would offer to help regions falling behind on contact tracing.

Over the last two weeks, 81,423 new cases have been confirmed, and in the last 24 hours more than 900 new COVID-19 patients have been hospitalized, according to official figures.

The total number of deaths rose by 52 on Tuesday, bringing the total confirmed death toll to 28,924.

Upon his return from an almost three-week holiday, Prime Minister Pedro Sanchez delivered his first address to the nation since Spain became the worst-affected European country in terms of per capita COVID-19 contagion.

“The data isn’t good. The situation is worrisome,” Sanchez said. “But we can’t allow the pandemic to take over our lives again. We won’t allow it to happen.”

He said he will leave the power to make public health decisions with the country’s 19 regional governments, but offered 2,000 military troops to help with contact tracing and said he would support regional governments if they wanted to declare localized states of emergency.

While the central government is not meeting with regional authorities to discuss the back-to-school plan until Thursday, Sanchez said he expects schools to reopen nationwide within the next weeks.

“The school year should begin normally, it’s the roadmap and there is no alternative,” he said, adding that they should do so safely.

The Harvard Global Health Institute recommends not reopening schools until local contagion falls below 25 cases per 100,000 over the last seven days. Only one Spanish region meets that threshold.