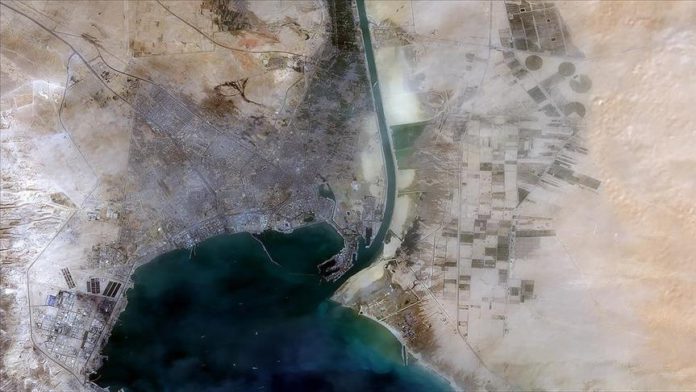 Egypt’s Suez Canal recorded the highest annual revenue in its history during the last fiscal year that ended last June, amid an improvement in navigation traffic.

Osama Rabie, head of the Suez Canal Authority, said in a statement on Sunday, that the world’s most important shipping waterway recorded the highest annual revenue in its history at the end of June, with a value of $5.84 billion, compared to $5.72 billion for the fiscal year 2019/2020.

Rabie said that maritime traffic through the canal improved significantly as of early 2021 to 9,763 ships, compared to 9,546 ships on an annual basis, with an increase of 2.3%.

About 12% of the total world trade passes through the Suez Canal which shortens the distance between east and west by 35% compared to the Cape of Good Hope route.

The canal’s revenue during the first half of 2021 amounted to $3 billion, compared to $2.76 billion during the same period last year, marking an 8.6% increase.

“The flexible marketing and pricing policies adopted by the authority succeeded in maintaining the rate of ships crossing the canal and gaining the confidence of customers,” Rabie said.

He went on to say: “The granted incentives and reductions played a prominent role in achieving a boom in the increase in transit rates of liquefied natural gas [LNG] carriers, container ships, car carriers and dry bulk ships in the first half.”

According to the official, LNG carriers increased by 24%, container ships by 9.7%, car carriers by 27.8%, and dry bulk ships by 5% during that period.