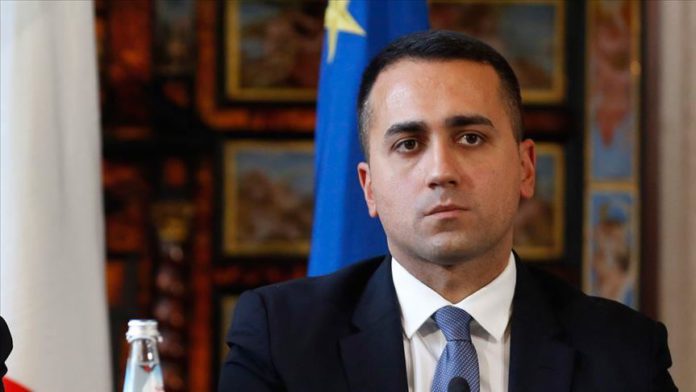 Italy and Germany need to work side by side to allow EU members overcome their divisions, and reach an ambitious agreement over a European recovery fund, Italy’s foreign minister said on Monday.

“We can’t accept compromises that would be harmful for the future of Europe,” Luigi Di Maio said after meeting his German counterpart Heiko Maas in Rome.

Di Maio stressed that the divergences among EU member states are “evident,” and Rome and Berlin have to work together to “bridge the gaps and find an ambitious agreement as soon as possible.”

EU leaders are still split over a proposal by the European Commission to earmark €750 billion for a new recovery fund aimed at helping countries that have been hit the most by the coronavirus pandemic. The proposal needs approval from all members to become effective.

Di Maio and Maas also discussed the latest developments in Libya, which the Italian minister termed as “very worrying.”

“Italy worries that the operation to free the city of Sirte could lead to new fighting and cause more civilian casualties,” Di Maio said, reiterating that a political solution to the Libyan conflict is still the only option.

“We will defend Libya from any attempt of dividing it up,” Di Maio added.

Egyptian President Abdel-Fattah al-Sisi on Saturday alluded to the possibility of sending “external military missions if required” and said that “any direct intervention in Libya has already become legitimate internationally.”

Responding to a question about Sisi’s threat, Maas renewed his call for regional countries that took part in the Berlin Conference last February, including Egypt, to contribute to a political solution.

He expressed the hope that representatives of the UN-recognized Libyan government and warlord Khalifa Haftar would resume cease-fire talks soon, with the convening of a long delayed “5+5 military committee” meeting.

“It is now expected from the participants of the Berlin Conference to make their contribution, such that this meeting between the conflicting parties could convene as soon as possible,” he said.

In March, the Libyan government launched Operation Peace Storm to counter attacks on the capital, and recently regained strategic locations, including the Al-Watiya airbase and the strategic city of Tarhuna, Haftar’s final stronghold in western Libya.