TurkishPress
Home News Will there be a mail-in ballot chaos on election night? 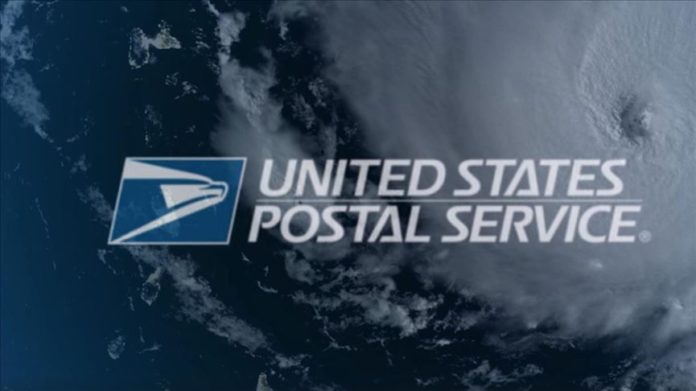 If you listen to Donald Trump, mail-in ballots will be the biggest disaster in US election night history.

If you listen to Jim Lyden, they’ll be a breeze.

“We’re prepared for it,” says Lyden, a ballot-counting election official in Eastern Michigan. “The city I live in has bought a high-speed scanner and we expect to easily get through them that day.”

No one knows yet how mail-in balloting will affect the overall election outcome, although far more Democrats are voting by mail this year than Republicans.

But for a lot of voters, on both sides of the aisle, there’s plenty of worry going around.

In the battleground US states of Wisconsin and Michigan, for example, each state sent nearly three million mail-in ballots to their voters this year so they could avoid the coronavirus fears of voting in person.

Those ballots are now pouring back into election offices. And there are bound to be thousands of mail-in ballots that are perfectly valid — but happen to arrive after Election Day on Nov. 3.

The decision over whether to count those ballots has bounced around the courts of both states like a volleyball.

Originally, both states didn’t allow any late mail-in ballots to be counted. Then courts in both states ruled that since we’re in a pandemic, election officials should keep counting valid ballots — six extra days in Wisconsin and 14 extra days in Michigan.

Republicans, and President Trump, who has claimed mail-in ballots lead to wide-spread fraud, pushed hard to get those rulings overturned.

This month, appeals courts in both states set the deadline back to Election Day itself. They argued that a pandemic is no reason to change long-established voting rules.

And this week, the US Supreme Court upheld that decision in Wisconsin.

Trump called it a “big victory.”

And when you ask ordinary Americans about mail-in ballots, it’s very easy to figure out who supports Joe Biden and who supports Donald Trump.

“Obviously, I’m very worried,” says Biden supporter Sarah Oetzman in the southern Wisconsin town of Racine, “about making sure that every ballot is counted.”

And her logic is essentially what Supreme Court conservative justice Brett Kavanaugh argued this week in keeping the Wisconsin deadline at Election Day.

Kavanaugh wrote that allowing mail-in ballots to be counted after Election Day could “flip” the results of the election.

But the Court’s liberal justices, led by Justice Elena Kagan, argued that there is no election to “flip” if those late-arriving ballots are perfectly valid.

Still, the Court did give Democrats a victory in two other states this week: the Court ruled that, at least for now, mail-in ballot counting can continue for three extra days in Pennsylvania and nine extra days in North Carolina, two states where the vote is also expected to be close.

But Republicans across the country have filed hundreds of lawsuits against mail-in and absentee voting.

Any of those cases could yet wind up in front of the Supreme Court as well. Trump’s newest pick for the court, conservative Amy Coney Barrett, has just won confirmation on the Court, and although she didn’t participate in these latest court rulings, she could have a say in future rulings.

Either way, Democrats are now telling their voters to not even bother mailing back ballots at this point. To be safe, they want their voters to simply drop off mail-in ballots in person at polling sites.

Another federal court ruling gives Democrats a little more confidence about the delivery of mail-in ballots.

DeJoy said his changes were designed to save money; Democrats howled that he was intentionally slowing down delivery of mail-in ballots.

A federal judge quickly ordered those changes to be rescinded, but Democrats still fretted.

This week, that same federal judge laid down even clearer instructions about how the Postal Service has been ordered to go back to mail delivery the way it was before DeJoy’s slowdown order and demanded updates to ensure that the Postal Service was complying.

So what happens if a presidential vote is so close in a state that there’s not a clear winner for days, or weeks?

Could both sides declare victory?

The Chicago Tribune points out it’s happened before: in Hawaii in 1960, when John F. Kennedy faced Richard Nixon in the presidential campaign.

The vote was so close that both sides declared victory for a while.

To prevent national politicians like the president or Congress from stepping into an individual state’s election dispute, Congress decided long ago that states can work out election issues on their own. But they have to figure things out by a so-called “Safe Harbor” date — Dec. 8.

In the infamous presidential election of 2000, the state of Florida conducted a tortured re-count of ballots that would ultimately decide the fate of the entire election.

But the US Supreme Court eventually stepped in and stopped the re-count on “Safe Harbor Day.” That left Bush as the winner in Florida and the winner of the presidency.

Meantime, voters are marching to the polls this year in record numbers.

Just about all 50 US states run their elections differently, but early voting in states across the country is already smashing voting records.

Griffiths says just this week, overall voting in his village surpassed all the voting in 2016 — and that was over a week until Election Day itself.

Griffiths says the back-and-forth court decisions over mail-in ballots “does make it more difficult [for us]. I get why both political parties do it, but the issue I have is, getting this information to voters.”

Still, like the Michigan vote-counter Jim Lyden, Griffiths feels his office is prepared to handle all the vote-counting.

A night to remember?

But one more potential bottleneck to consider:

Wisconsin, Michigan and Pennsylvania also happen to be three states where election officials are not even allowed to start counting mail-in ballots until Election Day itself.

The Wisconsin Biden supporter, Sarah Oetzman, sums up her disgust: “The fact that ballots aren’t allowed to be counted before Election Day, even though they arrive earlier, is nonsensical.”

Michigan has a little more experience with mail-in ballots; about 25% of its overall vote in the Congressional elections of 2018 came by mail.

But in both Wisconsin and Pennsylvania, less than 10% of the vote was done by mail in 2018, leading to fears that election officials will have trouble keeping up this time around.

And President Trump has said repeatedly he wants to see final results by the end of Nov. 3.

It could be one very long night.