TurkishPress
Home News Will not let South Sudan slip back to war, president vows on... 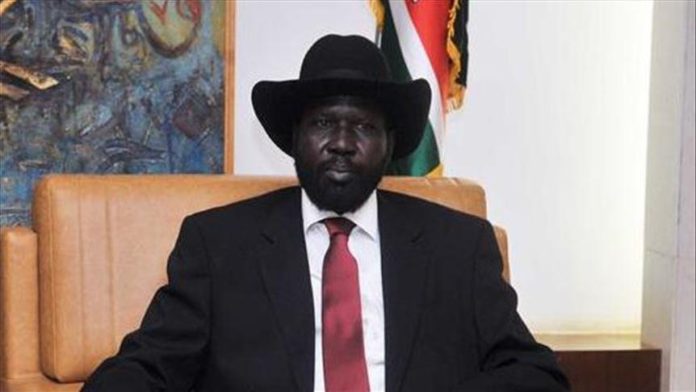 On the nation’s 10th Independence Day, the president of South Sudan vowed to not let the world’s youngest country slip back into the throes of war, calling for unity and solidarity among the people.

“I want to assure you that I will not return you back to war. Let’s work together to recover from this past decade and put the country back on the path to development in this new decade,” Salva Kiir said in a speech on Friday.

He called for renewed spirit as the country implements the revitalized peace agreement signed in 2018.

Kiir said committed efforts were being made to improve South Sudan’s security situation, adding that some 53,000 thousand personnel are ready to be inducted in the security forces.

He said calm has been restored in many parts of the country but there is still conflict in some areas.

The president identified the National Salvation Front, led by Gen. Thomas Cirilo, as a group that has refused to be part of the peace process and “still contributes to instability in some parts of the country.”

“To achieve total peace, there is ongoing engagement with leaders of the South Sudan Opposition Alliance (SSOMA) in Rome, which will yield good results,” Kiir said.

The government, he added, has implemented a series of economic reforms the have helped strengthened its currency and has also been making efforts to boost employment opportunities for the youth.

South Sudan won its independence in 2011 following a referendum in which a majority of the population voted to separate from Sudan.

A peace agreement was eventually struck but another round of conflict broke out in 2016.

A second deal – the Revitalized Agreement on the Resolution of Conflict in the Republic of South Sudan (R­ARCSS) – was signed in 2018.

In 2020, the nation formed a Revitalized Transitional Government of National Unity, which is made up of members of the previously warring parties, in accordance with the 2018 peace deal.