TurkishPress
Home News Will Libya opt for elections or another transitional stage? 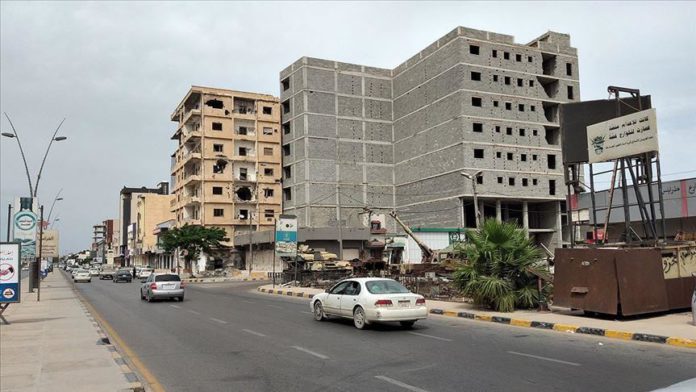 Calls have been growing inside Libya and abroad for holding legislative and presidential elections in the conflict-ridden country, instead of staging a new 18-month transitional period.

Fayez al-Sarraj, head of the Tripoli-based Government of National Accord (GNA), has earlier called for holding parliamentary and presidential elections in March 2021.

But last month, Sarraj announced his intention to step down by October, in a move indicating that he seemed to have acquiesced to a proposal by Aguila Saleh, the speaker of the Tobruk-based House of Representatives (parliament), to choose a new presidential council of three members instead of nine and a new prime minister to lead the country during a fourth transitional phase.

Holding new elections in the war-torn country was also demanded by Khaled Al-Mashri, the Chairman of Libya’s High Council of State, who insisted that a constitutional referendum be held first before the polls.

Since the fall of Muammar Gaddafi’s regime in Libya in 2011, the country has entered several transitional stages.

This phase started when the interim National Transitional Council introduced the Constitutional Declaration on Aug. 10, 2011, and the control of the capital Tripoli by the revolutionaries on Aug. 27. This phase ended with the election of the General National Congress (GNC) on July 7, 2012.

The GNC, which was elected for a one-year term, marked the beginning of the second transitional phase. The GNC was tasked with drafting a permanent constitution for the country, a goal that was not achieved even after their term was extended for another year.

Under popular pressure for a political breakthrough, parliamentary elections were held on June 25, 2014, to elect a parliament for a non-extendable one-year term. This coincided with Field Marshal Khalifa Haftar launching a coup on May 15 of the same year, causing the division of the country’s institutions and the dissolution of the new parliament by the country’s Supreme Court.

Heightened political crisis led to an initiative by Morocco to host talks between Libya’s rival administrations on Dec. 17, 2015, during which an agreement was reached to extend the mandate of the Tobruk-based House of Representatives for another year and to establish the Supreme Council of State composed by most of the deputies of the GNC, in addition to a nine-member Presidential Council to lead the GNA.

However, Haftar and Saleh blocked the House of Representative’s approval of the deal and failed to adopt the draft constitution that was voted by an elected group of 60 members. Haftar went further to order his self-styled Libyan National Army (LNA) to capture Tripoli in 2019, a mission that proved to be unsuccessful.

Algeria, US call for elections

Amid expectations that Libya was heading for a fifth transitional phase, Algerian President Abdel Majid Tebboune said holding new elections is the only solution to resolving the Libyan conflict.

Tebboune considers that current talks between Libya’s rival factions taking place in a number of countries would only result in “partial solutions”, likening the situation to giving only sedatives to a cancer patient.

On the other hand, the US reiterates support to the charting of a clear roadmap to elections. The American point of view is based on the necessity of setting a clear vision that leads to the elections. However, Washington does not object to a new transitional phase if it will lead to elections.

Delegations from Libya’s High Council of State and Haftar’s House of Representatives met in Cairo and agreed on “the necessity of ending the transitional phase and starting permanent arrangements”.

Although the two parties have not yet agreed on the formula under which the draft constitution will be put to a popular referendum, the agreement to end the transitional phase constitutes a new turning point towards resolving the Libyan conflict.

The biggest obstacle to submitting the draft constitution to a popular referendum and holding presidential and parliamentary elections is the contradictory articles in the draft itself. An agreement should therefore be reached regarding legal issues surrounding the draft constitution before charting a roadmap for the referendum and parliamentary and presidential elections.

It is also important that the security problems caused by Haftar’s militias and his foreign mercenaries are resolved through the talks of the 5 + 5 Joint Military Commission (JMC), scheduled to be held on Oct. 19 in Geneva.