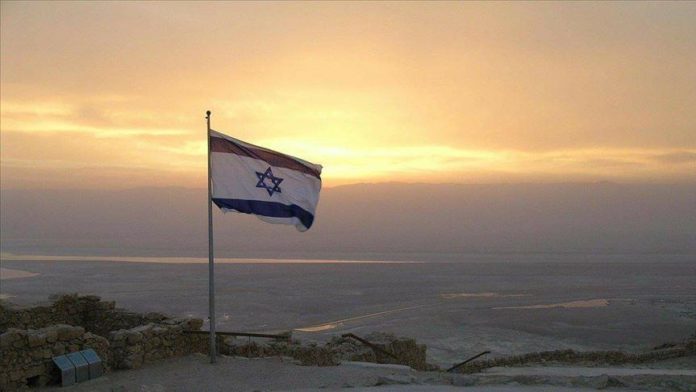 Many in the Arab world were baffled when Sudan joined three other Arab states in normalizing relations with Israel in 2020.

For decades, Sudan has maintained a staunch anti-Israel position and relentlessly supported the Palestinian cause.

On August 29, 1967, Sudan hosted the Arab League summit in the wake of the Six-Day War, during which Israel occupied the West Bank, Gaza Strip, Egypt’s Sinai Peninsula, and Syria’s Golan Heights.

The summit adopted the infamous Khartoum Resolution also known as the “Three Nos: no peace with Israel, no recognition of Israel, no negotiations with it.”

Since the independence of Sudan in 1956, no bilateral relations have been established between Tel Aviv and Khartoum. In fact, Sudan sent soldiers to fight with Arab forces against Israel.

Events, however, have changed dramatically in recent years. The erstwhile bitter enemy is now poised to play a mediator role less than two years since the normalization agreement.

Last week, the official Israeli Broadcasting Corporation reported that an Israeli delegation arrived in Khartoum after a stop in Egypt’s Sharm el-Sheikh city.

No further details were provided by the Israeli broadcaster, while Sudanese authorities did not comment on the report.Israel’s goals

Observers believe that Tel Aviv is keen to see the Sudanese crisis resolved to achieve several goals, including consolidating the normalization of ties between the two countries.

Last week’s visit came amid a severe political crisis in Sudan that has afflicted the country since Oct. 25, 2021, when the military dismissed Prime Minister Abdalla Hamdok’s transitional government and declared a state of emergency.

It is worthy to note that Sudan’s military council was the one that spearheaded the normalization process with Israel during a secret meeting in Uganda between army chief Abdel Fattah al-Burhan and former Israeli Prime Minister Benjamin Netanyahu on February 3, 2020.

In October last year, Israeli media warned that the military takeover will derail Sudan’s access to the US-sponsored normalization agreements, known as Abraham Accords with the Israeli public broadcaster, KAN News, reporting that Israel was engaged in “several consultations” on Sudan.

Journalist and political analyst Taher Sati believes that the visit of the Israeli delegation to Khartoum came to “offer Tel Aviv’s mediation in resolving the Sudanese crisis.”

Sati told Anadolu Agency that the latest Israeli delegation’s visit to the Sudanese capital differed from past visits.

This visit was “more political than security-related, and it came to mediate to resolve the political crisis,” he noted.

Sati, who is close to top Sudanese government officials, pointed out that the Israeli delegation discussed with Washington ways to resolve the crisis, in order to achieve its interests in terms of normalization with Sudan.

“US officials met with political parties in Sudan and civil society organizations, and of course, it is in contact with Tel Aviv about the crisis,” he said.

On November 17, Israeli media reported that Washington’s representative to the UN, Linda Thomas Greenfield, asked Israeli Defense Minister Benny Gantz to “intervene” in the Sudan crisis for a return to the “civilian-led transitional phase.”

Sati believes that Israel’s keenness to accelerate normalization will have a “positive impact” on Sudan.

Khartoum will get “security and economic benefits from Tel Aviv, through the completion of normalization and peace,” Sati said. “Sudan needs to achieve its interests with all countries of the world, including Israel.”

On Thursday, Sudan’s Sovereign Council said in a statement following talks in Khartoum between al-Burhan and US Assistant Secretary of State for African Affairs Molly Phee and David Satterfield, the US special envoy for the Horn of Africa, that it agreed on four points to resolve the Horn of African country’s political crisis.

The four points include the commencement of an inclusive dialogue between all Sudanese political parties in order to reach a national consensus to resolve the crisis, the formation of a civilian-led government, amendments to the transitional constitution, and the conducting of free and fair elections by the end of the transitional period.

The US Embassy in Sudan said the two diplomats warned that Washington will not resume paused assistance to the Sudanese government unless there is an “end to violence and restoration of a civilian-led government that reflects the will of the people of Sudan.”

Sudan signed the US-sponsored normalization deal with Israel in 2020 alongside the United Arab Emirates (UAE), Bahrain, and Morocco.

The normalization deals have drawn widespread condemnations from Palestinians, who say the accords ignore their rights and do not serve the Palestinian cause.