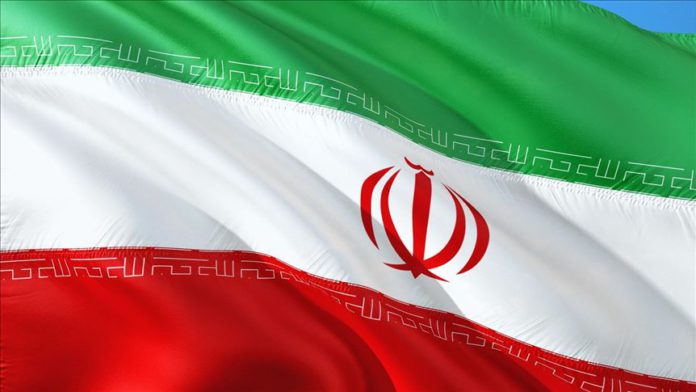 The US administration has upped the ante to seek the extension of a UN embargo on conventional arms sale to Iran, much to the chagrin of Tehran.

Last week, US Secretary of State Mike Pompeo urged the UN Security Council to extend the arms embargo against Iran, which ends in October.

Washington circulated a draft resolution seeking “indefinite extension” of the arms ban, with Pompeo hinting that the US will invoke a provision in the 2015 nuclear deal, also known as JCPOA to re-impose all UN sanctions against Tehran if the UN Security Council fails to extend the embargo.

The US administration unilaterally withdrew from the nuclear deal with Iran in May 2018 and re-imposed sanctions on Tehran.

In an op-ed written for The Wall Street Journal last month, Brian Hook, the US special representative for Iran and policy adviser to Pompeo, said the US will invoke the unilateral snapback clause of UN Security Council Resolution 2231, which blessed the 2015 nuclear deal, to reinstate all UN sanctions on Iran if the embargo is lifted in October.

Hook said that the US plans to return to the nuclear deal in order to trigger the UN sanctions to prevent Iran from buying or selling arms.

Tehran, however, maintains that the US failed to meet its obligations under UN Security Council Resolution 2231 by pulling out of the deal, which renders it “incapable” of triggering snapback.

Experts believe that the US efforts to guarantee an extension of the 13-year arms ban on Iran will not be so easy.

Having withdrawn from the Iran nuclear deal, they say the US first needs to return to the agreement to trigger the snapback clause against Iran. And to snapback sanctions, that would require nine votes by the UN Security Council members and no vetoes from its permanent members.

Russia and China, the two UN Security Council permanent members, are likely to reject any new resolution by the US that seeks to extend the arms ban or trigger snapback, observers believe. The two Iranian allies have long been calling for the end to UN arms ban on Iran.

Experts say the snapback trigger may work even if the US is no longer a party to the deal, because the language of UN Resolution 2231 gives the right to trigger snapback to the “original parties”.

In this case, Nasri says, by adopting Resolution 2231 the world body took the position that Iran’s arms program “no longer constitutes a threat to international peace and security” and decided to lift the restrictions.

“Ironically, the United States also agreed with this position and actually drafted and endorsed the resolution under its previous administration,” he told Anadolu Agency.

“Now, the Trump administration has unilaterally decided to stand against global consensus, breach the JCPOA agreement, violate Resolution 2231 and even force other countries to violate it.”

If the world body goes ahead and extends the embargo on Iran, Nasri says Iran would “probably rethink its nuclear doctrine”, its relationship with international organizations like the IAEA and even withdraw from the Non Proliferation Treaty (NPT).

Interestingly, a number of hardline politicians in Iran have raised the pitch in recent weeks, calling on the government to leave NPT.

The trigger was a resolution by International Atomic Energy Agency (IAEA) calling on Iran to “fully cooperate with the IAEA in implementing its NPT Safeguards Agreement and Additional Protocol”.

Responding to the IAEA resolution, 240 Iranian lawmakers called on the government to end voluntary implementation of Additional Protocol and turn all IAEA’s on-line inspection into off-line mode.

Baqer Ghalibaf, the speaker of Iran’s new parliament, which is dominated by hardliners and conservatives, said IAEA will “not be allowed to violate legal frameworks at all”, terming it “active, smart resistance”.

Speculation is rife that if the UN extends arms embargo on Iran, the country will immediately leave the NPT and end its remaining commitments to the 2015 nuclear deal.

Hamid Reza Gholamzadeh, head of Tehran-based peace-advocacy organization Peace Sprit and American studies researcher, says Iran has “little to lose” if the UN embargo is not lifted in October.

“It will be an absolute death of the (Iran nuclear) deal and Iran simply will be left with no reason to remain in the NPT,” he told Anadolu Agency.

Mani Mehrabi, a foreign affairs analyst at United World International, says the rules of play in the US foreign policy are “not decisive”, and “lobbies” have the final say.

“The US government will use the UN Security Council, the economic lobbies and the Israeli-American lobbies to put pressure on other countries to prevent Iran from doing arms deals,” he told Anadolu Agency.

If the embargo is lifted, Iran’s all-weather-allies like Russia and China will step forward first to sell their military wares to Tehran, which is likely to encourage other countries as well.

Reports about major arms deals between Iran, Russia, and China have been doing rounds for a few months now. According to reports, Iran may be looking to get SU-30, SU-34 and SU-35.

“I think they have been discussing arms deals for a while now. Iran’s defense minister visited Moscow a couple of times and Iran’s chief of staff visited China a while back,” Sirous Amerian, a security analyst, told Anadolu Agency.

The European countries, however, have not taken a position on it yet. EU foreign policy chief Josep Borrell said he cannot comment on the matter as the bloc has not arrived at any decision on it.

“We have to think about it but for the time being I cannot explain you something that hasn’t happened,” he was quoted as saying by The Wall Street Journal.

On the other hand, if all pre-nuclear deal sanctions are re-imposed on Iran, experts feel Iran will scale up its uranium enrichment, which will be a matter of concern for the international community.

It also carries other significant risks, as former US State Department coordinator for Iran nuclear implementation Jarrett Blanc recently warned, like pitting US and UN against each other, delegitimizing of UN embargos in the future, weakening of US sanctions and proliferation of arms sales in the region.

To avoid such a situation, there are reports that if the arms embargo is allowed to expire in October, a new arrangement could be in offing, with new conditions on future arms deals with Iran, as suggested by some European officials.

Gholamzadeh says the global community and Europeans need to prevent the US from pitching for the extension of anti-Iran arms embargo and sanctions snapback as it could have “disastrous consequences”.

“Iran has been living with sanctions long enough to know how to circumvent them, but if the US proceeds with its demands, it will mean nothing but the death of institutions like the UN and UNSC,” he told Anadolu Agency.

US ‘deeply troubled’ by alleged poisoning of Navalny