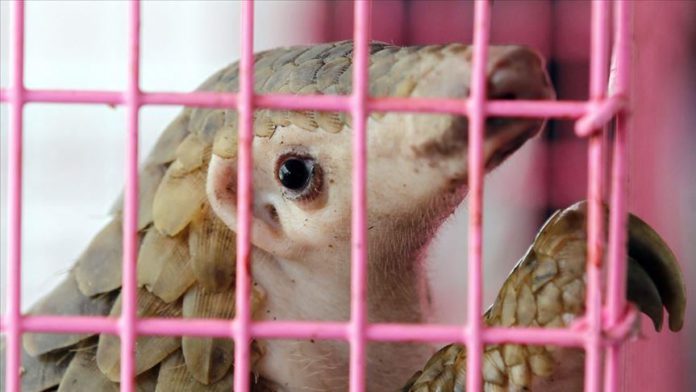 The reason for the COVID-19 pandemic — the relationship between humans and the environment — should not be ignored, as the virus is zoonotic, like SARS, MERS and Ebola, according to experts.

Since first appearing in China last December, the virus has caused enormous changes to life around the world, as well as political, social, cultural events and economic systems.

In addition, environment and human-wildlife conflict have not been duly evaluated by countries despite the COVID-19 once again showing the importance of wildlife conservation as the virus is believed to have first spread from a wildlife market where wild animals, including bats and pangolins, are sold.

The UN Environment Program’s statement May 8, which said the outbreak is a result of the destruction of nature, stressed it is time to reconsider the relationship between people, nature and wildlife.

Scott Weese, an expert on emerging infectious diseases at the Canadian-based University of Guelph, said the outbreak could happen with activities such as hunting, but, he highlighted that wildlife markets makes it much easier to transfer viruses from wildlife to humans.

“Wildlife markets presumably greatly increase the risk by bringing many wild animals in close proximity to many people. Since every animal-person interaction poses some small degree of risk, if you amplify that greatly by creating huge numbers of interactions, the risk goes up accordingly,” he told Anadolu Agency.

He said any activity that increases contact with wild animals, — such as wildlife markets — will increase the risk of inter-species transmission of zoonotic diseases. “Wildlife is an important reservoir for zoonotic diseases, as we know from various recent emerging issues, SARS, COVID, MERS, Ebola,” he said.

Weese said the spread of the virus will eventually be controlled – either eliminated or relegated to a lower level endemic disease, but said he is always worried about something that spreads effectively and has a high fatality rate.

Population expansion into the wild areas makes “opportunities for pathogens to bridge between wildlife and people,” and he said environmental factors also play a role in the emergence of zoonotic diseases. “Climate changes that foster changes in ranges of animals, insect vectors or people also impact the likelihood of these contacts.”

If we can identify emerging threats and interfere, we will have a chance at control and those diseases will not be a major issue, he said.

“Surveillance is a key aspect … better coordination and communication is a key,” according to Weese.

As of late Friday, the coronavirus pandemic has claimed more than 638,000 lives in 188 countries and regions since it originated in China last December.

More than 15.6 million COVID-19 cases have been reported, with recoveries nearing 9 million, according to figures compiled by US-based Johns Hopkins University.

“A lot of people are not aware of the link between exposure to wildlife and diseases. Therefore, people are generally shocked to hear that the two are interconnected,” according to CEO and founder of Wildlife Alliance Suwanna Gauntlett.

The international non-profit wildlife conservation group launched the “Stop Eating Wildlife” campaign which targeted Cambodians who can afford to eat wildlife such as pangolins, but that turned into an international campaign to raise awareness on the protection of wildlife to stem further problems such as COVID-19.

Gauntlett said there are two reasons why people are not interested in focusing on the link between wildlife consumption and human health.

Most “are not aware of it through pure ignorance” and “are unwilling to accept that there may be a link between exposure to wildlife and diseases,” even if they are informed on the issue, she said.

People in Europe and the US do not exactly know the dimension of illegal wildlife trade, and they are also “misinformed” on the use of wildlife parts in Chinese traditional medicine, according to Gauntlett.

“When I lived in San Francisco 20 years ago before working in Cambodia, a lot of my colleagues were practicing Chinese traditional medicine but they thought in good faith that the medicine was entirely based on plants. When I arrived in Cambodia, I witnessed with horror that actually most of the traditional medicine is based on wildlife from bear bile to tiger bones to sea horses and pangolin scales,” Gauntlett told Anadolu Agency.

Tiger farms in China, Vietnam and Laos, as well as lion and rhino farms in South Africa, are all suppliers of traditional medicine factories, she said, and stressed that commercial trade of wild animals “completely” fosters the inter-species transmission of zoonotic diseases as the world has experienced with Ebola, SARS and HIV multiple times.

Contrary to what is believed, COVID-19 has no positive effect on wildlife trade or consumption as news from fields in Asia as well as Africa proved there is no decline in poaching, illegal trade nor consumption, she said.

“If we want to actually reduce the number of wild animals reaching wet markets, which are the fertile grounds for where zoonotic diseases can make the jump from wild animals to humans, countries need to have full-time wildlife law enforcement units,” she said. “Education, and scientific research on their own are not enough.”

Half of the planet’s wild population, 40% of tropical forests cover and 50% of freshwater supply are lost and Gauntlett stressed giving better jobs to poor people or better education to stem poaching and trafficking, which are the common methods of many conservation groups and governments, are not the right answers.

“The full-time law enforcement unit, the Wildlife Rapid Rescue Team, that we have created with the Cambodian Forestry Administration, is the only one of its kind in Asia and has seized nearly 70,000 live wild animals since 2001 en-route for human consumption in Vietnam and China,” she said.