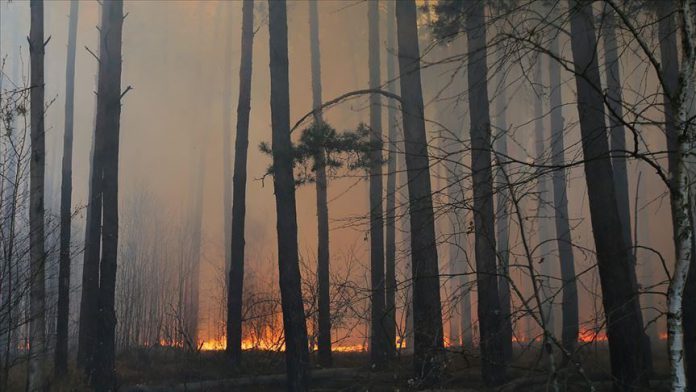 Ukrainian President Volodymyr Zelensky said Tuesday that ongoing forest fires near the Chernobyl nuclear disaster area did not pose a risk to the nuclear facility.

In a video address posted on the President’s Office page on Facebook, Zelensky commented on the fires in the Chernobyl exclusion zone which broke out on April 4, saying six major fires were put out yesterday.

He stressed that there are no threats to the Chernobyl nuclear power plant, a spent fuel storage facility and other critical facilities.