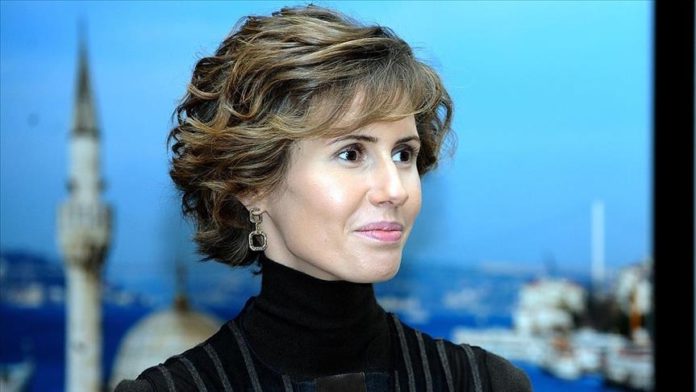 Asma al-Assad, the wife of Syrian dictator Bashar al-Assad, is facing possible prosecution for crimes against humanity by inciting and encouraging acts of terrorism against the people of Syria.

Guernica 37 International Justice Chambers, a human rights law firm, submitted a confidential filing to the War Crimes Unit of the Metropolitan Police Service Counter-Terrorism Command on Saturday to open an investigation against Assad, who is a dual Syrian-British national.

“The legal team at Guernica 37 International Justice Chambers has been investigating this matter for a number of months and has submitted two confidential filings with the War Crimes Unit,” the firm said in a statement.

“It is important to hold not only those who carry out these horrific crimes accountable but also those who promote, incite, encourage and glorify such acts. We are seeking to ensure that the process of truth and justice is meted out equally to all persons irrespective of status and standing.”

The firm said it is imperative that Assad faces prosecution in the UK and is not simply stripped of her citizenship.

“We recognize that it would be politically expedient to merely strip any person accused of their citizenship. That will not serve the interests of the hundreds of thousands of civilian victims to the ten-year conflict,” read the statement.

The law firm called for Assad to face trial before an English court “where the process will be independent and impartial and will look solely at the evidence irrespective of any political considerations.”

“This is an important step in holding senior political officials accountable for their acts and ensuring that a State, through an independent and impartial legal process, takes responsibility for the acts of its own nationals,” the statement added.

Guernica 37 accused the Syrian regime of systematic torture and murder of civilians.

Citing numerous sources and witnesses, the firm said the regime used an array of tactics to repress protests and sanctioned the use of excessive and lethal force against Syrian civilians.

These include firing live ammunition indiscriminately at civilian protesters, the use of chemical weapons, and the mass arbitrary detainment of civilians without access to lawyers or a fair trial, the firm said.

“The Syrian Government is clearly guilty of a systematic approach to the torture and murder of civilians,” read the statement.

“We see this systematic approach being evidenced at all stages in that even before the armed conflict existed within the State, those who sought to protest against the regime were made subject to arbitrary arrest, unlawful detention, torture and other forms of ill treatment during that detention and ultimately extra-judicial execution.”

In March 2011, the people of Syria, inspired by events in Egypt and Tunisia, rose up against Bashar al-Assad’s regime and demanded political reforms and freedoms.

More than half a million Syrian civilians have been killed in the conflict, over a million have been severely injured, and over 12 million people have been displaced, either internally, or externally in other countries, read the statement.

UK will not allow division of Bosnia, Herzegovina: British envoy