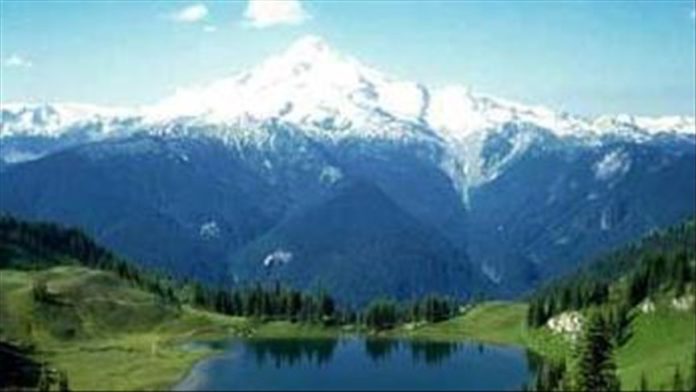 Surprise and dismay among environmentalists caused the decision of the Chilean government not to adhere to the agreement that it proposed, together with Costa Rica in 2012 and that it pushed for six years, before beginning to show reluctance to ratify the document.

Anadolu Agency spoke with environmental protectionists and experts who question the reasons why Chile was marginalized from the ambitious agreement, whose date to adhere ends on Sept. 26, and that will come into effect when 11 countries have signed it.

“We deeply regret the decision of the Government of Sebastian Pinera not to sign the most important agreement for human rights and the environment in the last 20 years. We find it unacceptable that with five days remaining before the closing of the process, this official response is given, and that the doors are also closed to an agreement where we have been collaborating for more than six years,” said Sebastian Benfeld, Escazu Now Chile campaign leader.

And it is that since 2018 the Government of Pinera began to show signs of not wanting to ratify the agreement, arguing that it could expose its sovereignty in international courts at a time when it was holding a dispute before the International Criminal Court with its neighbor Bolivia for an exit to the sea. This is one of the reasons presented in recent days to justify this decision.

“If Escazu is approved, Chile could be dragged into international tribunals and, therefore, its sovereignty could be affected by alleged non-compliance with very imprecise environmental obligations. Something that does not happen today,” said the Chilean Foreign Minister Andres Allamand.

So far there are nine countries that have ratified it, among which are Uruguay, Ecuador, Bolivia, and Panama, while countries like Argentina, Colombia, Mexico, and Peru are in the process of ratification. However, Chile’s Minister of the Environment, Carolina Schmidt, assured that the problem is not the substance of the agreement, but the wording and the ambiguities that its signature could generate.

“The problem of Escazu is not in the issues it addresses, the problem is not in access to information, it is not in citizen participation or in justice. The problem is in the way in which the final text was written, the ambiguity and the breadth in which it was left,” assured Schmidt.

However, for Benfeld, who is also a young champion of Escazu named by the Economic Commission for Latin America and the Caribbean (ECLAC) – an initiative in which five young people from Latin America were chosen to promote the agreement in their countries – the arguments of Piñera’s government are neither clear nor convincing.

“It seems to be a political position of a government that finds it difficult to protect the human and environmental rights of all people. It may be that guaranteeing rights for people and not for polluting industries is what has hindered the signing of the treaty,” Benfeld told Anadolu Agency.

The controversy over the confirmation that Chile will not ratify the Escazu Agreement coincided with the intervention of Pinera at the 75th session of the UN General Assembly, in which he made a strong defense of the preservation of the environment, while the opposition and environmentalists criticized what they considered a double discourse in his own country.

“It’s truly regrettable the loss of leadership that we struggle to find and this also weakens multilateralism in the region, and we understand that to face these global problems we require participation. Chile looks bad, as a country that self-plays and self-assigns leadership, but that in practice doesn’t carry out,” said former Chilean Environment Minister Marcelo Mena to Anadolu Agency.

According to Mena, Pinera’s government boasts of being a climate leader, but he was at the head of a COP25 presidency that did not achieve the expected results, an opinion shared by the director of Greenpeace in Chile, Mateo Asun.

“The Government presented the Escazu agreement as an argument to get the head of the COP25. Well, it turns out, it was all a hoax. A misleading advertisement that is finally sincere today. We feel the disappointment of those who have been deceived for a long time,” said Asun.

For Chilean environmentalists, the Escazu Agreement is the first agreement in Latin America that aims to respond to a conflict that is spreading in a region in which, during 2019, 148 people were murdered for defending protected areas, therefore they consider that the Pinera government’s refusal to ratify the text is a missed opportunity.