TurkishPress
Home News Why is EU lagging behind in COVID-19 vaccinations? 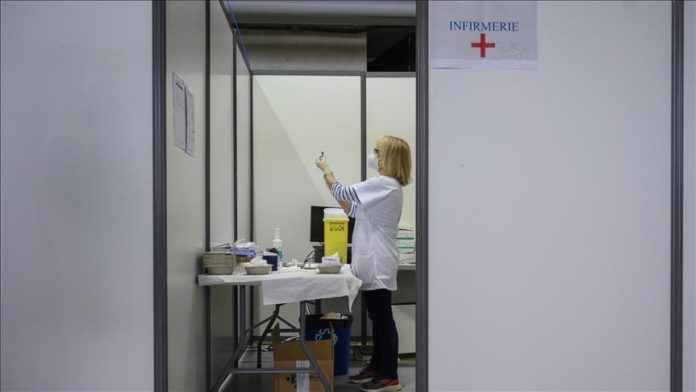 Amid concerns over the spread of new coronavirus variants, the EU has expressed determination to speed up its vaccination program, which began on Dec. 27.

The European Medicines Agency greenlighted the use of the vaccine developed by Pfizer-BioNTech, and later approved those by Oxford-AstraZeneca and Moderna.

But the 27-member bloc still lags behind countries like Israel, the US, and the UK. Only about 7% of the adults living in the EU have so far been inoculated, compared to 30% in the UK as of Feb. 28, according to tracking website Our World In Data.

Blaming supply delays for the slow vaccine rollout, the EU says it will catch up with other countries soon. Last month, the European Commission head said they aim to vaccinate 70% of the adult population by the end of September.

For Dr. Penny Ward, visiting professor in pharmaceutical medicine at King’s College London, there could be a host of reasons for the bumpy rollout, including “complicated distribution chains” and requirements such as deep-cold storage.

“The requirement to supply not to a single country but 27 member states may have complicated distribution chains from the manufacturers,” she told Anadolu Agency.

Meanwhile, some member states, such as Hungary and Slovakia, bought vaccines from Russia and China to accelerate their immunization campaigns – vaccines as yet lacking approval from the European Medicines Agency.

But, according to Ward, the responsibility to vaccinate “lies with each individual member state,” whose health care services “vary considerably.”

She said the initial refusal of some countries to authorize the Oxford-AstraZeneca vaccine for people over 65 due to fears over its efficacy, and hesitancy to get the shot, which is higher in some countries, may have also contributed to the “limited uptake.”

Dr. Serhat Unal, head of the Internal Disease Department of Hacettepe University in the Turkish capital Ankara, said the supply of vaccines is the biggest hurdle.

He told Anadolu Agency that the EU will catch up with other countries somehow, but developing countries are falling behind.

“New virus strains increased their transmission rates in countries with fewer or no vaccines. The more a virus spreads, the greater the risk of mutation,” Unal said.

“Preventing new cases through [precautionary] measures is now more important than vaccination,” he added, referring to such measures as social distancing and wearing masks.

He said he fears the current COVID-19 vaccines may not be as effective against variants.

Echoing the same concerns, Ward said: “The continued circulation of virus among the unvaccinated population risks the emergence of mutated virus, which may be less inhibited by vaccine-induced antibodies, for example the B.1.1.248 variant first detected in Brazil, and may then cause fresh outbreaks even among vaccinated persons.”

To keep up with the different strains, she said, it is possible the COVID-19 vaccine will also need to be given yearly, like flu shots.

“This reiterates the importance of having additional approaches to the treatment and prevention of COVID-19, including effective antiviral medications,” she added.

In addition to speeding up the vaccine rollout, Unal recommended that people keep following preventive measures, including wearing masks, washing their hands, and maintaining social distance.

“The world needs to reduce the infection numbers because new infections give the virus a chance to mutate,” he said.

But will normalcy ever return, or are restrictions effectively here to stay? European capitals have seen numerous protests against months of safety measures, including curfews.

According to Statista, a German database firm, the US and UK could achieve herd immunity against coronavirus by the end of 2021 considering the current rate of vaccination, but not the EU.

Scientists estimate that at least 60-70% of the population needs to be vaccinated to achieve herd immunity.

“The countries that are able to keep ahead of viral mutations with booster vaccines and other antiviral control measures will be able to return to more normal social existence faster,” said Ward, adding that it will take at least two or three years for the world to return to business as usual.

Over 800,000 people in the European continent have succumbed to COVID-19 so far, with overall infections exceeding 34.2 million since the start of the pandemic in December 2019.

Over 8,000 committed suicide in India during 2020 COVID lockdown: Gov't