TurkishPress
Home News Why are military coups on the rise in Africa? 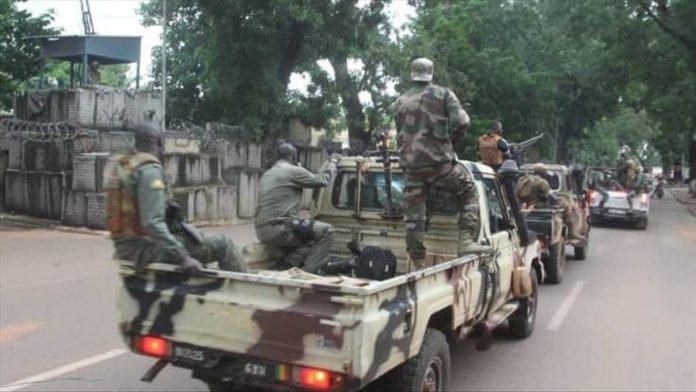 A wave of military coups in Africa is pushing the continent backward in terms of democracy, according to geopolitical experts.

Six military coups have occurred in Africa in less than two years, including one in Burkina Faso in January this year, two in Mali in 2020 and 2021, and another in Guinea last year.

Chad and Sudan also had military takeovers; however, the preponderance of these incidents occurred in West Africa, where the majority of countries were French colonies.

“Africa’s democratic advancement is being derailed by these coups. There is no doubt that Africa has embarked on the democratization process and that it is doing very well,” Mustafa Mheta, a senior research fellow and head of the Africa Desk at Media Review Network, a Johannesburg-based think tank, told Anadolu Agency.

Sultan Kakuba, a political science professor at Kyambogo University in Uganda, agrees with Mheta, saying the continent had moved a step forward in the transition towards democracy, but coups pushed it backward.

“One of the main reasons for coups is when presidents overstay in power and lose their focus, (which causes) government institutions to weaken and eventually the military to take over,” he told Anadolu Agency over the phone from Kampala, Uganda’s capital.

Military coups were common in Africa for many years after independence, but they have become increasingly rare in the past two decades, he claimed.

Kakuba believes that foreign interference cannot be ruled out in some of these coups. “Some of the Western countries support leaders who serve their interests, but once a leader stops serving their demands, they plan for his ouster,” he argued.

Mheta agreed and claimed that France may have had a hand in some of the coups in its former West African colonies, a view that Anadolu Agency could not independently verify.

“France is too involved in the affairs of many of these West African states, and it still wants to manipulate these countries and continue to milk them,” he alleged.

He said these coups are part of a grand plan by Western imperial powers, which are aware of China’s rise and are using coups to stop Beijing’s march in the region.

“The fact that nearly all of the so-called coup leaders are Western-trained raises many questions,” he said, adding: “Why are the coups taking place during a period of heightened tensions in the world, particularly between China and the US?”

“The imperialist Western regimes have devised a grand plan to leverage their contacts among military men in Africa to try and roll back China’s advance,” Mheta claimed.

The academic said West African countries have fragile democracies when compared to other regions on the continent.

“A careful look at democracy in Africa, one notices that democracy has really taken more roots in East and Southern African regions than elsewhere,” he said.

However, Kakuba said poor leadership and economic hardships in some countries have also influenced military leaders to seize power.