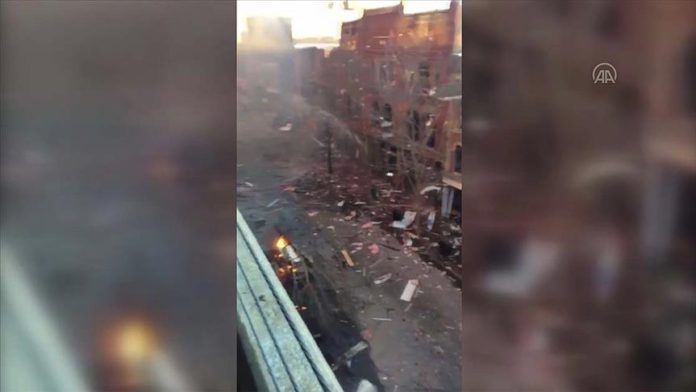 The late suspect in the Christmas Day bombing in the US city of Nashville is described by his neighbors as a quiet, introverted person, said local press accounts.

Warner, 63, the lead suspect in a massive explosion that rattled the US southern state of Tennessee early Friday, was identified as the owner of the white recreational vehicle (RV) that exploded.

Warner was present in the RV when the bomb went off and died during the incident, Don Cochran, the US attorney for the Middle District of Tennessee, told reporters Sunday, who said his remains were found in the vehicle based on DNA evidence.

His neighbors described Warner, an independent computer technician with experience in electronics and alarm systems, as a quiet and introverted person, according to local press.

While Warner’s RV had been parked outside his house for years, according to his neighbors, a few weeks ago he started building by himself a wooden fence around the yard of his house, and then parked the RV behind it.

“Warner was kind of low key to the point of, I don’t know, I guess some people would say he’s a little odd,” Steve Schmoldt, his neighbor of two decades, told USA today.

Schmoldt said he had brief conversations with Warner, adding: “You never saw anyone come and go. Never saw him go anywhere. As far as we knew, he was kind of a computer geek that worked at home.”

Warner was not overtly into politics and did not put any signs of flags on his windows or front porch, according to Schmoldt and his wife.

The neighbors followed the news about the explosion on TV but did not make any connection to the RV until FBI agents showed up at Warner’s house.

Warner is believed to have acted alone in the explosion, which injured at least three people and damaged around 20 buildings.

US authorities have not yet determined a motive.