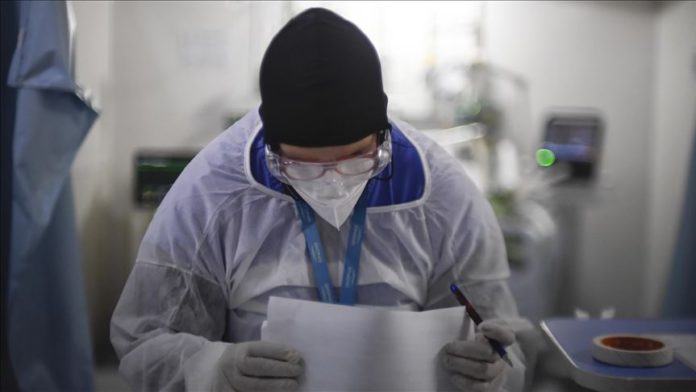 “We must be clear that opening up too early gives this virus more room to spread and puts our populations at greater risk. Look no further than Europe,” she said.

Latin America has recorded more than 8.4 million coronavirus cases and over 315,000 deaths, according to a running tally by US-based Johns Hopkins University.

General Eduardo Pazuello was appointed Wednesday as Brazil’s Health Minister, four months after he provisionally assumed the position following the resignation of his two predecessors due to disagreements with President Jair Bolsonaro over the handling of the coronavirus.

“I took over at the most critical time of the pandemic. We had to change the tires with the car running. The responsibility was enormous and we had total freedom to implement the necessary policies,” said Pazuello, who had no prior health experience before taking the position.

In the ceremony, Bolsonaro insisted on defending the use of an anti-malarial drug as a cure for the disease.

According to the president, “studies already show that about 30% of deaths could be avoided with the early administration of hydroxychloroquine.”

In Brazil, the world’s second worst-hit country in terms of coronavirus fatalities after the US, the death toll reached 134,106, while confirmed cases surpassed 4.4 million.

Independence Day celebrations in Mexico were silenced by the coronavirus pandemic, with a small gathering replacing the usual massive military parade Wednesday.

President Andres Manuel Lopez Obrador performed the most quiet Independence Day tradition in the country’s history Tuesday. In front of an empty Zócalo, the iconic plaza where big crowds normally gather together to mark this day, Lopez Obrador pronounced 20 “vivas” in which he celebrated “freedom, democracy and sovereignty” and “hope for the future.” Independence Day is formally marked on Sept. 16 but has been celebrated the night before for more than a century.