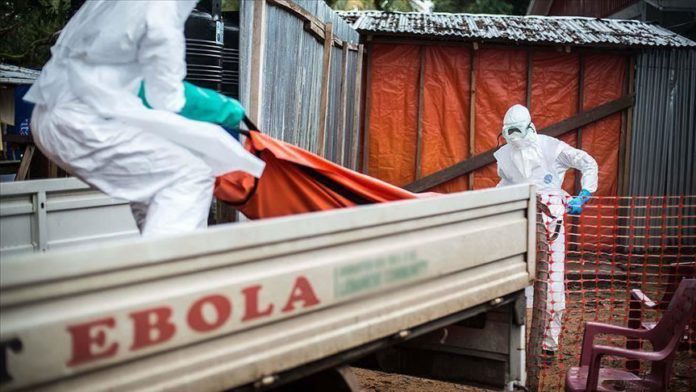 The World Health Organization (WHO) on Thursday said it is “very concerned” about a new Ebola outbreak that has recently claimed four lives in the western Democratic Republic of Congo (DRC).

“We are very concerned about this new outbreak in Mbandaka, where we have worked very closely with the government in 2018 to contain the last outbreak,” WHO Regional Director for Africa Dr. Matshidiso Moeti said at a joint media briefing of the WHO and the World Economic Forum.

The DRC government confirmed on Monday that a new outbreak of Ebola virus disease is occurring in Mbandaka in the western Equateur province.

In 2018, an Ebola outbreak in the Bikoro area of the province killed 33 people.

The new cases in Mbandaka have emerged in an area over 1,000 km (620 miles) from an ongoing Ebola outbreak in the country’s east.

“We are working with the National Institute to do gene sequencing and see if it is the same outbreak from North Kivu. But we believe this is highly unlikely,” said Dr. Moeti.

Earlier this week, she said the new outbreak represents a challenge but “it is one we are ready to tackle.”

DRC is grappling with the world’s second-largest Ebola epidemic on record, with more than 2,200 lives lost and 3,400 confirmed infections since the outbreak was declared on August 1, 2018, according to the WHO.

The outbreak is occurring in North Kivu, Ituri, and Equateur provinces, and neighboring countries are taking steps to mitigate the risk of the virus spreading across borders.