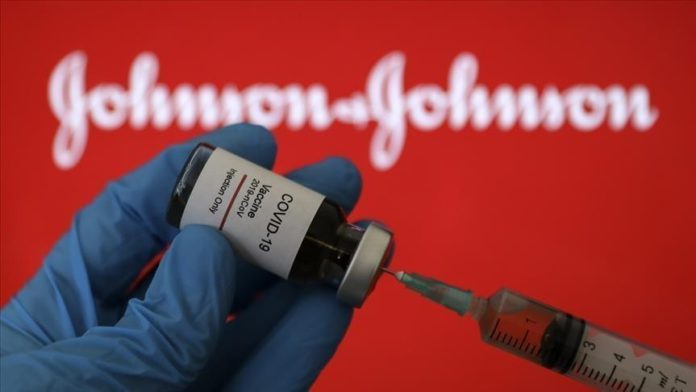 The World Health Organization’s expert group Wednesday said the Johnson & Johnson coronavirus vaccine is safe for use on people aged above 18, and that investigation showed a tiny number of people who had the jab showed signs of blood-clotting.

“This is a one single dose vaccine given intramuscularly, which is a regular advantage in the sense of having the capacity to vaccinate more people,” said Dr. Alejandro Cravioto, chair of the Strategic Advisory Group of Experts (SAGE) on Immunization.

The SAGE group was presenting its interim recommendations on using the Johnson & Johnson vaccine at a press conference hosted by the WHO in Geneva.

Johnson & Johnson has a deal to provide 500 million jabs to the WHO-led global COVAX facility that seeks to distribute COVID-19 vaccines to those in most need equitably.

They met soon after European countries, including Germany, France, Ireland, Italy, the Netherlands, Denmark, and Norway, have suspended the use of the AstraZeneca vaccine in recent weeks following reports of people developing blood clots after receiving the jab.

Dr. Annelies Wilder-Smith, the technical advisor to the SAGE secretariat, said that there were 14 “thromboembolic events” among 22,000 people tested with the Johnson & Johnson vaccine.

During the vaccine research, intentionally recruited were those viewed as being at a higher risk of COVID-19, such as older people, people with comorbidities, obesity, and those who may have naturally already had a higher risk of thromboembolic events.

Wilder-Smith said COVID-19 “causes a hypercoagulable state where indeed, many of the deaths that we see for it in the severe cases are due to thromboembolic events.”

Dr. Kate O’Brien, WHO’s director of immunization and vaccines, emphasized: “Events occur when hundreds of millions of people are being vaccinated, all of the usual things that are happening to people with respect to their health will continue to happen.”

She said that groups like the SAGE committee are deliberate on all the evidence from all over the world.

The WHO later released a statement saying that some EU countries had temporarily suspended the use of the AstraZeneca vaccine.

This was a precautionary measure based on reports of rare blood coagulation disorders in people who had received the vaccine.

It said vaccination against COVID-19 will not reduce diseases or deaths from other causes.

“In extensive vaccination campaigns, it is routine for countries to signal potential adverse events following immunization.”

The WHO said this does not necessarily mean that the events are linked to the vaccination itself, “but it is good practice to investigate them.”

The WHO Global Advisory Committee on Vaccine Safety is assessing the latest available safety data for the AstraZeneca vaccine and said it will immediately communicate its findings to the public.

“At this time, the WHO considers that the benefits of the AstraZeneca vaccine outweigh its risks and recommends that vaccinations continue.”