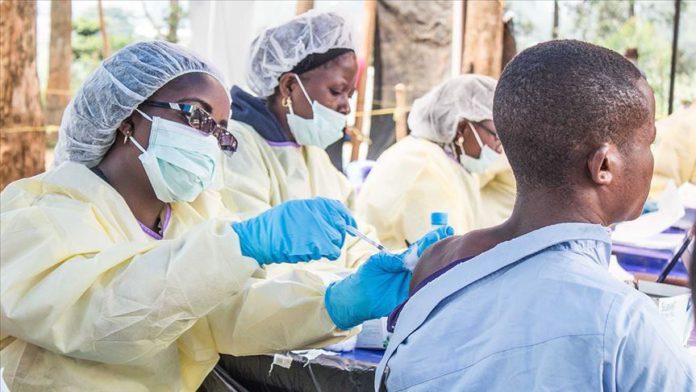 The World Health Organization (WHO) on Wednesday announced the end of the 11th Ebola outbreak in the western part of the Democratic Republic of the Congo (DRC).

In a statement, WHO Africa said 130 people were infected and 55 died in the outbreak, which took place in communities scattered across dense rainforests, as well as crowded urban areas, creating logistical challenges.

It said the challenges were overcome thanks to the leadership of the Congolese government and local communities, supported by the WHO and its partners.

“Overcoming one of the world’s most dangerous pathogens in remote and hard to access communities demonstrates what is possible when science and solidarity come together,” said Dr. Matshidiso Moeti, WHO regional director for Africa.

She said the technology used to transport and preserve the Ebola vaccine will prove helpful during COVID-19 immunization drives in Africa.

“Tackling Ebola in parallel with COVID-19 hasn’t been easy, but much of the expertise we’ve built in one disease is transferrable to another and underlines the importance of investing in emergency preparedness and building local capacity,” she added.

The 11th Ebola outbreak was declared on June 1 this year in DRC’s Equateur province.

A cluster of cases was initially detected in Mbandaka, the provincial capital, according to WHO.

John Nkengasong, director of the Africa Centres for Disease Control and Prevention, congratulated the DRC government, health workers, and communities on the end of the outbreak.

Dr. Muyembe Tamfum, a former WHO official and prominent Ebola virus researcher in DRC, also commended the “heroes and heroines of this victory.”

Tamfum was part of the research team that investigated the first known outbreak of Ebola virus disease in 1976.

Starting in North Kivu in August 2018, the 10th Ebola epidemic was the second-largest outbreak in the world and particularly challenging as it took place in an active conflict zone.

The disease caused global alarm in 2014, when the world’s worst outbreak began in West Africa, killing more than 11,300 people and infecting an estimated 28,600 as it swept through Liberia, Guinea, and Sierra Leone.