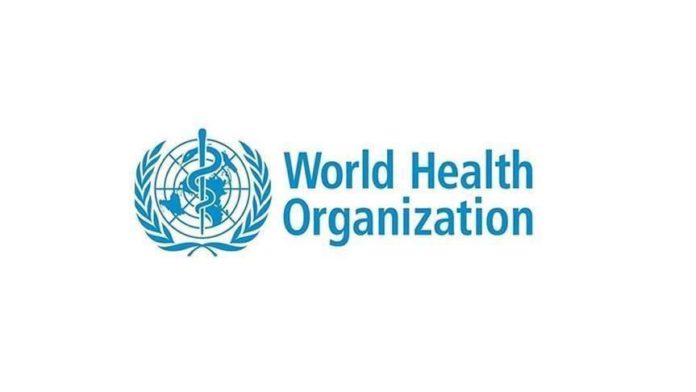 The World Health Organization (WHO) is still the target of critics over “confusing” and “contradictory” decisions during the novel coronavirus outbreak.

The WHO, which has been chastised by the US for failing to make necessary warnings in a timely manner, has recently been subjected to intense criticism, including accusations of “misleading countries over use of mask,” taking late steps and making “contradictory statements”.

WHO chief Tedros Adhanom Ghebreyesus rejects criticism, saying they act in line with science, learn new information about the virus every day, and that the organization is constantly updating its COVID-19 guidelines.

In the first days of the pandemic, the WHO made statements that healthy people do not need to wear a mask.

On April 1, Tedros said the UN health agency recommends that only patients and their caregivers should wear medical masks.

However, on June 5, the WHO chief announced the change and advised general public to wear masks.

“In light of evolving evidence, WHO advises governments to encourage the general public to wear masks where there is widespread #COVID19 transmission and physical distancing is difficult, such as on public transport, in shops or in other confined or crowded environments,” he said on Twitter.

His tweets caused backlash with many users saying the WHO was late in making the recommendation and misled the public for months.

In May, the WHO said that due to safety concerns, it was temporarily halting a clinical trial of anti-malaria drug hydroxychloroquine for COVID-19 patients.

However, the UN health agency announced on June that it will resume the trail.

On July 3, the WHO again said it stopped a clinical trial of the hydroxychloroquine to treat coronavirus patients.

“WHO today accepted the recommendation from the Solidarity Trial’s International Steering Committee to discontinue the trial’s hydroxychloroquine and lopinavir/ritonavir arms,” the WHO said in a statement.

The Solidarity Trial was established by WHO to find an effective COVID-19 treatment for hospitalized patients.

The UN health agency said that according to interim trial results, “hydroxychloroquine and lopinavir/ritonavir produce little or no reduction in the mortality of hospitalized COVID-19 patients when compared to standard of care. Solidarity trial investigators will interrupt the trials with immediate effect.”

Origin of the virus

The WHO has been assuring public the virus has an animal origin and was not constructed in a lab.

On April 21, WHO spokeswoman Fadela Chaib said: “All available evidence suggests the virus has an animal origin and it was not manipulated or constructed in a lab, or somewhere else.”

On May 1, US President Donald Trump said he has seen evidence that the novel coronavirus originated in a laboratory in Wuhan, China.

Trump accuses the UN health agency of mismanaging and covering up the spread of the coronavirus.

He said the WHO is “China-centric,” maintaining it had been the source of poor information for governments worldwide, particularly its opposition to countries closing their borders to China after the virus emerged there in December.

On June 29, Tedros said it is important to know the source of the virus and the WHO will sent a team to China in a week for investigation.

When did virus spread to other countries?

According to Gro Harlem Brundtland, a former WHO chief and ex-prime minister of Norway, China informed the WHO late and probably the virus spread around the world in December 2019 and January 2020.

The WHO, on the other hand, has not commented on exactly when the virus spread to other countries.

On Jan. 14, the WHO said on Twitter: “Preliminary investigations conducted by the Chinese authorities have found no clear evidence of human-to-human transmission of the novel #coronavirus (2019-nCoV) identified in Wuhan, China.”

On Jan. 20, it said: “An animal source seems the most likely primary source of this novel #coronavirus (2019-nCoV) outbreak, with some limited human-to-human transmission occurring between close contacts.”

Call for not closing borders with China

On Jan. 23, Tedros said it is early to declare “a public health emergency of international concern.”

“For the moment, WHO does not recommend any broader restrictions on travel or trade. We recommend exit screening at airports as part of a comprehensive set of containment measures,” he said.

On Jan. 30, the WHO declared a public health emergency of international concern over the global outbreak of COVID-19.

The WHO continued to call on countries not to close borders to China but many countries, including the US, did not comply with the call.

On Mach 11, the WHO declare COVID-19 as a global pandemic. The international public health experts criticized the organization for the late decision.

On March 12, Tedros suggests that COVID-19 can be controlled but he made several warnings in May and June that the crisis is “far from over.”

When one look at the chronology of statements from the WHO, criticism towards the organization may seem fair.

However, the WHO rejects criticism and accusations.

December 9, 2019
We use cookies to ensure that we give you the best experience on our website. If you continue to use this site we will assume that you are happy with it.Ok