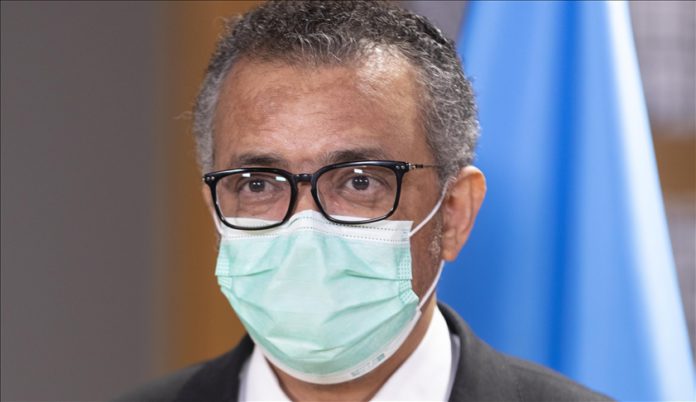 The World Health Organization chief warned Friday that as vaccines to fight COVID-19 come on stream, countries and drug makers should not make bilateral deals on medicines.

These result in richer countries being better able to fight the virus while poorer ones are left behind.

“The COVAX facility – set up by GAVI, CEPI, and WHO in April last year – has now secured contracts of 2 billion doses of safe and effective COVID-19 vaccines,” said WHO Director-General Tedros Ghebreyesus at a bi-weekly press webinar.

“I urge countries that have contracted more vaccines than they will need, and are controlling the global supply, to also donate and release them to COVAX immediately, which is ready today to rollout quickly.

“And I urge countries and manufacturers to stop making bilateral deals at the expense of COVAX.”

He said no country should be an exception and cut the queue “and vaccinate all their population while some remain with no supply of the vaccine.”

Tedros said WHO also had the “right of first refusal” on an additional 1 billion doses.

“At present, 42 countries are rolling out safe and effective COVID-19 vaccines. Thirty-six of these are high-income countries, and six are middle-income,” said Tedros.

“So, there’s a clear problem that low- and most middle-income countries are not receiving the vaccine yet,” he said.

The WHO chief said this problem needs to be solved through COVAX, the global initiative to work with vaccine manufacturers to provide countries worldwide equitable access to safe and effective vaccines.

“At the outset, rich countries have bought up the majority of the supply of multiple vaccines.

Such activity potentially bumps up the price for everyone and means that high-risk people in the poorest and most marginalized countries don’t get the vaccine.

Also, some companies and countries have not submitted critical data, which we need to issue Emergency Use Listings, which blocks the whole system of procurement and delivery.

“Vaccine nationalism hurts us all and is self-defeating,” said the WHO chief.

The problem was outlined more starkly by Dr. Bruce Aylward, a senior WHO adviser.

Aylward said that is why COVAX was created.