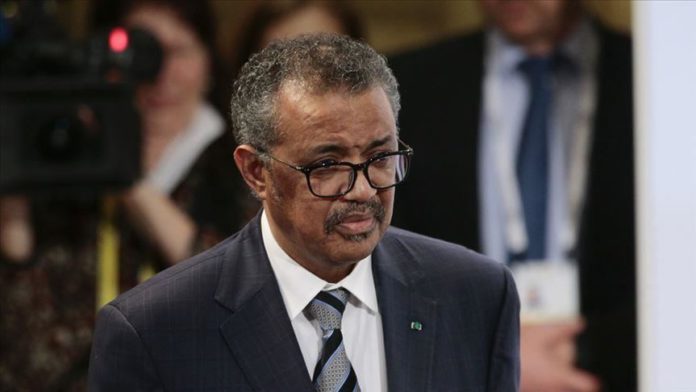 The heads of the World Health Organization (WHO) on Thursday urged the US to reconsider its decision to leave the UN body due to the “generosity and leadership” it had previously given.

“We have been working with the US very closely, and it is known for its generosity and support, and also its leadership in global health. Its leadership and support have really saved many, many lives,” WHO Director-General Tedros Adhanom Ghebreyesus told journalists.

During an interview with the NBC television network hosted by the Aspen Security Forum in the US, Tedros praised the US’ help in the fight against HIV and AIDS while he had been serving as health minister in his home country Ethiopia.

“The problem is not about the money, it’s not the financing that’s the issue. It’s actually the relationship with the US that’s more important and its leadership abroad. I have said it many times, we cannot defeat this dangerous enemy in a divided world. We need a united world,” said Tedros, referring to the fight against the novel coronavirus.

Inviting any “evaluation or assessment” on issues about WHO or the UN system, Tedros said: “The truth can be known, and this can be done from inside without leaving the organization.”

“We need to build the future together.”

US President Donald Trump, on July 8, formally moved to withdraw the US from WHO when he notified Congress and the UN of his intentions effective as of July 6, 2021.

The move concluded months of criticism by Trump over his claims that the global health body lacked speed and transparency and was slow to respond when the COVID-19 outbreak that first emerged in China last December.

The coronavirus pandemic has claimed nearly 710,000 lives in 188 countries and regions. The US, Brazil, India, and Russia are currently the worst-hit countries in the world.

Over 18.8 million COVID-19 cases have been reported worldwide, with recoveries exceeding 11.4 million, according to figures compiled by the US’ Johns Hopkins University.