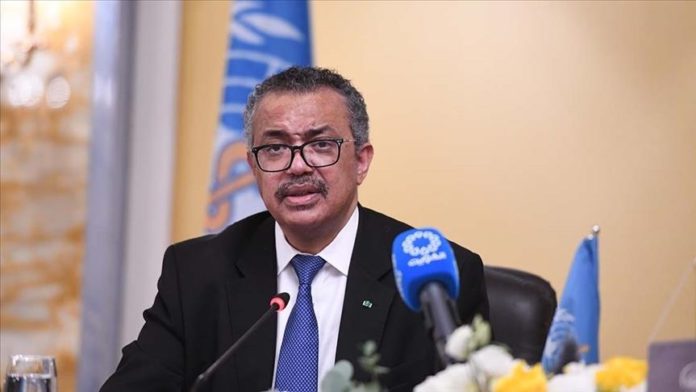 World Health Organization chief Tedros Adhanom Ghebreyesus and Chinese Premier Li Keqiang met in Beijing on Saturday and discussed the COVID-19 pandemic, including investigation on the origins of the virus.

“We discussed #COVID19 and the need for an aggressive effort on #VaccinEquity this year to vaccinate 70% of all populations. Solidarity is key to ensuring access and affordability of vaccines,” he said on Twitter.

Tedros has time and again reiterated that vaccine inequity is the biggest obstacle in ending the pandemic.

He added: “We also discussed the need for stronger collaboration on #COVID19 virus origins, rooted in science and evidence. I welcomed his support to strengthen @WHO and discussion about a #PandemicAccord to advance global preparedness.”

The exact origin of the virus, which has killed nearly six million people worldwide, remains a mystery.

While there are theories that it leaked from a lab from Wuhan, where COVID-19 was first detected in late 2019, there is not enough scientific evidence to back the claim. China has also denied the allegations repeatedly.

According to China’s state-run Xinhua news agency, Li, who welcomed Tedros at the opening ceremony of the Winter Olympics, said China will continue to support the WHO in fighting the pandemic and safeguarding human health.

The Chinese premier called for solidarity, cooperation and more understanding among members of the international community to defeat the pandemic.

The WHO chief also met President of the International Olympic Committee Thomas Bach “to discuss next steps to promote sport & health.”

A WHO team of international experts, which visited Wuhan in January 2021, concluded that the virus was most likely transferred from bats to humans, and termed the lab leak theory “extremely unlikely.”

In August 2021, a new WHO investigation team was formed after criticism from China that the March study had been “politicized.”