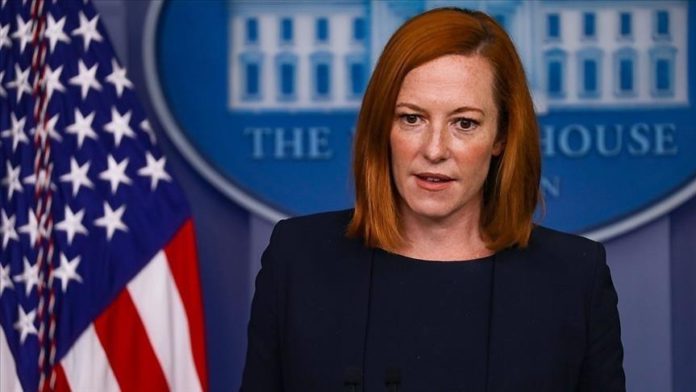 White House will no longer use “imminent” to describe the potential invasion of Ukraine by Russia, spokeswoman Jen Psaki said Wednesday.

She said at a news conference that she used the description once last week.

“And then we stopped using it because I think it sent in a message that we weren’t intending to send, which was that we knew that President (Vladimir) Putin had made a decision.

“I would say the vast majority of times I’ve talked about it, we said, he could invade it anytime. That’s true. We still don’t know that he’s made a decision,” she said.

When asked about the call for diplomacy on Tuesday by the Russian president, Psaki said: “I would say, be very open-eyed about Russian propaganda, and what they’re putting out there.

“We know what is happening on the border. Everybody can open their eyes and see they have gathered more than 100,000 troops at the border. They have also built up troops in Belarus, another border. That has not changed. We have not seen de-escalatory actions,” she added.

The Pentagon said earlier that the Biden administration is sending 3,000 troops to Poland, Germany and Romania to deter Moscow from attacking Ukraine and avert war in Eastern Europe.