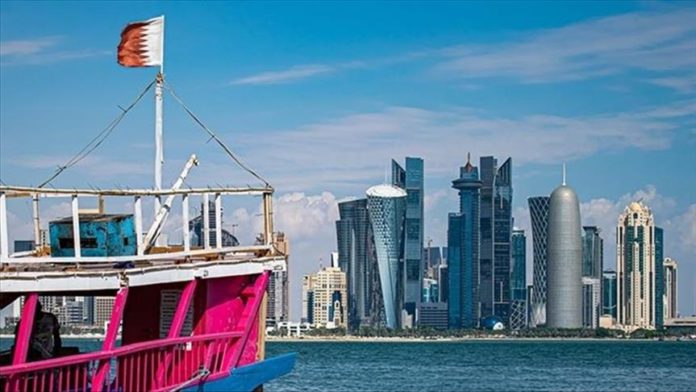 In a long-awaited move in the Gulf crisis, Saudi Arabia has agreed to re-open its airspace, land and sea borders to Qatar as of Monday evening.

The warm welcome signaled the end of a long-running dispute between Qatar and its Gulf neighbors, in a move seen by analysts as mainly aiming to create a regional bloc to counter arch-rival Iran.

“The reconciliation agreement can be described as a partial settlement of the Gulf crisis,” Mutahar Al-Sofari, a Yemeni political analyst, told Anadolu Agency.

“The GCC countries are trying to put more pressure on Iran and improving the Gulf position vis-à-vis Tehran in case the US decided to tighten its economic blockade on Iran,” he said.

Opening the GCC summit in the historic Saudi city of al-Ula, bin Salman called for rallying efforts to counter the threat posed by Iran.

The de facto ruler of the oil-rich kingdom said Iran’s nuclear and ballistic missile programs and “subversive and destructive plans” require a serious action by the international community.

Bin Salman said the Gulf summit will be “inclusive”, leading the states toward “reunification and solidarity in facing the challenges of our region”.

“There is an utmost need for the GCC states to unite their efforts to advance the region and confront the challenges that surround it, particularly the threats posed by the Iranian regime’s nuclear program,” he said.

Leaders of the Gulf countries signed a document during the summit to resolve their dispute, despite the contents were not immediately released.

Ahead of the summit, Kuwaiti Foreign Minister Ahmad Nasser Al-Sabah announced the reopening of airspace and land and sea border between Saudi Arabia and Qatar.

“There are many motives for this reconciliation, including the non-stop Kuwaiti efforts to resolve the crisis, the lengthy period of the crisis without achieving any change in Qatar’s position, as well as the American pressure, especially from [President Donald] Trump, who is keen to make a kind of achievement before leaving the White House,” Al-Sofari said.

Al-Sofari believes that the de-escalation was an “initial step” toward normalizing relations with Israel.

“Saudi Arabia has its own motives for settlement as it is keen to open new relations in the region and pave the way for bin Salman to become the king of Saudi Arabia soon,” he said. “Bin Salman’s presidency of the Gulf summit today is an evidence of that.”

In September, the United Arab Emirates and Bahrain signed US-brokered deals to normalize their relations with Israel. Sudan and Morocco followed suit.

“Regional challenges and Saudi Arabia’s challenges in Yemen, Iraq and Syria, relations with Iran and the kingdom’s pressuring economic situation have all created a serious political will to end the dispute and resolve the crisis,” Al-Harami said.

Over the past three years, both Riyadh and Doha experienced major losses due to the decline in energy prices and the coronavirus pandemic.

“After three and a half years, every side has paid a heavy price of this crisis, and both sides came to the conviction that there is no point of continuing. Rather, the continuation of the crisis will cause severe loss for the GCC as a whole,” Al-Harami said.

The GCC has also been badly paralyzed by the Gulf rift as the bloc has lost a great deal of influence with the GCC countries failing to work as a single body.

As Qatar hosts the largest US military base in the Middle East, Trump’s administration has been concerned that the rift between Washington’s regional allies has weakened its efforts to create a regional bloc against Iran.

Analysts believe that the Trump administration has piled pressure on the Gulf nations to resolve the dispute as it seeks to claim a diplomatic win before President-elect Joe Biden takes office on Jan. 20.

“There is an American supportive role for the Kuwaiti mediation, which has played a major role in reaching a solution for this crisis. Kuwait started the mediation process since the first moments of the crisis. The late Sheikh Sabah Al-Ahmad started the process, and then the current Emir of Kuwait Sheikh Nawaf Al-Ahmad continued this path,” he said.

Trump’s son-in-aw and senior adviser Jared Kushner was seen in the room in televised footage as the Saudi crown prince delivered his speech during the GCC summit.

On June 5, 2017, Saudi Arabia, the UAE, Bahrain, and Egypt imposed a blockade on Qatar, claiming that the Gulf state was “supporting terrorism” and that it was too close to Iran.

US can’t impose negotiations or war on Iran: Rouhani