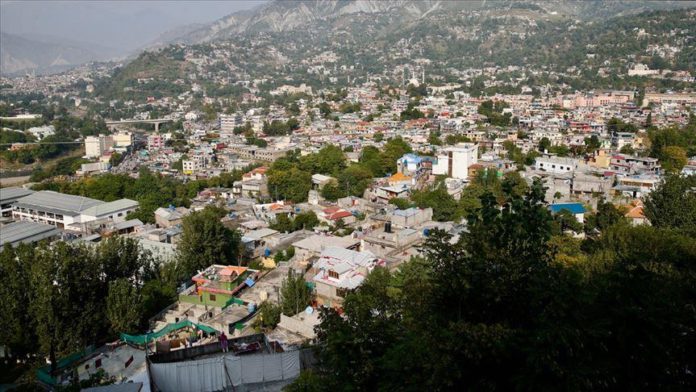 A new change in the bureaucratic framework of Indian-administered Jammu and Kashmir (J&K) is another step toward the disempowerment of local Kashmiris, according to several analysts and bureaucrats.

The AGMUT is Arunachal Pradesh, Goa and Mizoram, three smaller states, and eight UTs. Most states and UTs also have their local administrative services.

Aug. 5, 2019, Jammu and Kashmir was stripped of its political autonomy and downgraded from a state into two UTs of Ladakh and Jammu and Kashmir. The ordinance introduced Thursday by the Indian government paved the way for sending officers to Jammu and Kashmir from the AGMUT pool and to transfer top bureaucrats in the region to AGMUT provinces. With the Aug. 5 move, the separate Jammu and Kashmir cadre had already vanished.

A Kashmiri bureaucrat, who is a few years from entering the elite IAS through a system of promotion, told Anadolu Agency on the condition of anonymity that the new bureaucratic set-up needs to be evaluated in the backdrop of the loss of Kashmir’s special political status in 2019.

“Doing away with J&K cadre is good from an administrative point of view because the outside bureaucrats from this cadre had made Kashmir a fiefdom. Since they enjoyed New Delhi’s patronage, they had become overlords. Now, officers could be transferred to so many places. But unfortunately, this is not the case,” he said.

“This is one more installment of the ongoing process of disempowerment of Kashmiris. The ultimate aim appears to keep Kashmiri officers away from Kashmir.”

Earlier, he added, even the bureaucrats who were loyal to New Delhi, worked under a political system in Jammu and Kashmir that was elected by locals and were answerable to it, more or less.

“They are now answerable to an ideologically driven, authoritarian state that wants to marginalize Muslims in every sphere of life. It is not surprising that there is no Kashmiri Muslim officer in the Lieutenant governor’s secretariat today,” the officer said.

Jammu and Kashmir, India’s only Muslim-majority — Muslims are 68% of the total population of 12 million — is at present ruled by a Hindu lieutenant governor from Uttar Pradesh state. All 13 officers in his secretariat are non-Kashmiris and non-Muslims. The chief of police and two police heads of Kashmir and Jammu provinces are non-Muslims.

Several citizenship and land laws introduced by the Indian government after Aug.5, 2019, have raised fears of Hindus from outside overwhelming Muslims in Jammu and Kashmir. Earlier, Kashmir’s special status barred outsiders from buying land or taking government employment in Kashmir.

According to Sheikh Showkat, a political analyst and former law professor at Central University of Kashmir, Kashmiri Muslim bureaucrats, and police officers can now be transferred to several Indian territories, which allows the Indian government “to manipulate the bureaucracy to its liking.”

“Deporting dissenting or potentially dissenting officials is an old tactic in the armory of authoritarian regimes. Here, the motive is to marginalize the Kashmiris. Otherwise, the majority of the Muslim Kashmiri bureaucrats have not harmed Indian interests. This is only to tighten the grip on Kashmir through administrative means,” he said.

For Zahid Ghulam Muhammad, a retired bureaucrat and political columnist, the move resonates with the one in the mid-fifties, when the Indian government extended the jurisdiction of its central bureaucracy to Jammu and Kashmir. Until then, he said, Kashmir had its own civil service and no outside bureaucrat could serve.

India first started dismantling Kashmir’s semi-sovereign status in 1953, when Jammu and Kashmir had its own prime minister, a separate Constitution and India had jurisdiction on foreign affairs, defense and communications.

“There was a lot of resentment against extending IAS to Kashmir then. Today, even that bureaucratic set-up has been diluted,” said Zahid.

*Adil Ahmad in New Delhi contributed to this report