TurkishPress
Home News What is next for Burundi under new president? 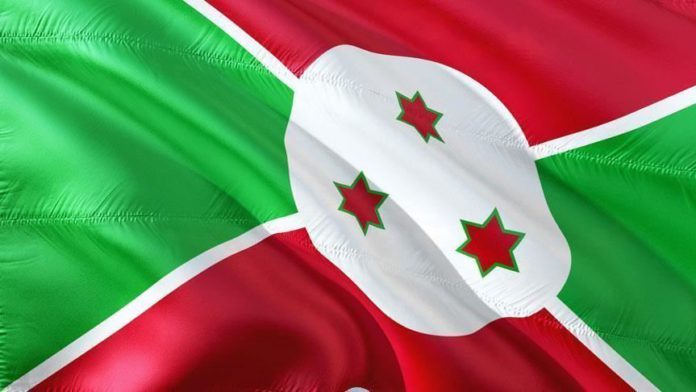 Evariste Ndayishimiye, Burundi’s new president, has his plate full, having assumed power in the wake of troubled years characterized by economic decline amid international isolation, according to an analyst.

Ndayishimiye was inaugurated on June 18 for a seven-year term in office, two months earlier than the schedule.

He was initially scheduled to take oath on Aug. 20 when his predecessor Pierre Nkurunziza’s term was supposed to end.

But the Constitutional Court ordered the inauguration to be brought forward following the death of Nkurunziza on June 9.

Ismael Buchanan, senior lecturer of the department of political science at the University of Rwanda, said the biggest challenge that President Ndayishimiye’s government is facing is “demobilizing the dreaded Imbonerakure,” a youth wing of the ruling party which has been accused of killings and other abuses.

“Ndayishimiye’s inauguration marked the first peaceful transfer of power to a new president in Burundi, so let him work on the issue of reconciliation so that he can bring back peace and harmony among Burundians. He will also need to work on the issue of ethnic tensions which have plagued Burundi ever since its independence,” Buchanan told Anadolu Agency.

“At the same time, he will need to deal with his Burundian security forces as they have been accused by Burundian people of human rights abuses and no respect for the law.”

According to the Amnesty International, the inauguration of Ndayishimiye offers an opportunity to restore respect for human rights in the country by “reopening the civic space, ending crimes under international law and human rights violations by security services and the ruling party’s youth wing Imbonerakure.”

Burundi’s government previously denied allegations it targeted its people, describing it as malicious propaganda by dissidents.

His victory also triggered donor sanctions against the country.

Under Nkurunziza, the UN Human Rights office was closed and Burundi was the first country to withdraw from the International Criminal Court.

But the government dismissed international criticism, including by the US, EU and former colonial power Belgium, which described the election as not credible.

There were no heads of state of other East African countries attending Ndayishimiye’s swearing-in ceremony.

Buchanan said the new Burundian president must reengage with neighboring countries to reestablish peace once again in the region.

“We all know how the previous government under the leadership of Nkurunziza came out with an isolationist approach on the world stage, so, the current president will need to reengage or open up once again his new diplomatic approach with neighboring counterparts, and the international community as a whole,” he said.

Upon taking oath, Ndayishimiye committed that his rule will respect human rights, asked Burundians to feel free to speak out, be able to listen to each other, but stressed that outsiders should not dictate what to do.

He asserted that “all Burundians are equal before the law.”

The retired major general was part of a rebel movement with Nkurunziza during the civil war from 1993 to 2005 that killed roughly 300,000 people.

The election created sharp divisions after the campaigns were mired by sporadic violence between supporters of the ruling party and the National Congress for Liberty (CNL) led by Agathon Rwasa—who garnered 24% of the vote.

In May, a UN Commission of Inquiry on Burundi expressed concern over violence and human rights abuses in the run-up to the polls.

Ndayishimiye needs to tap into other political groups and offer them high ranking positions in his government in order to foster stability, and usher in the new Burundi, a Burundian refugee living in Rwanda told Anadolu Agency.

Last week, the US Department of State also called on the new government to include a broad representation of political stakeholders and to release members of political parties, civil society and journalists arbitrarily arrested for election-related activities.

More than 330,000 Burundians fled to Rwanda, Tanzania, Uganda, and the Democratic Republic of Congo, following the 2015 political crisis, according to the UN.

Burundi’s economy is heavily reliant on agriculture and most of the citizens live in poverty.

“Ndayishimiye will also need to tackle the issue of Burundian refugees who fled the country during Nkurunziza’s time,” said Buchanan.

The academic underlined the need to for the president to strategize on how to attract more investors so that they can invest in the country.

“His government will need to create more job opportunities for Burundian people so that they can be able to work and fight poverty in the country,” he said.

“In terms of Burundian economy, we all know how Burundi remains one of the world’s poorest countries and is heavily dependent on foreign aid to meet the government expenditure. So, the new president will have to deal with this issue of dependency.”