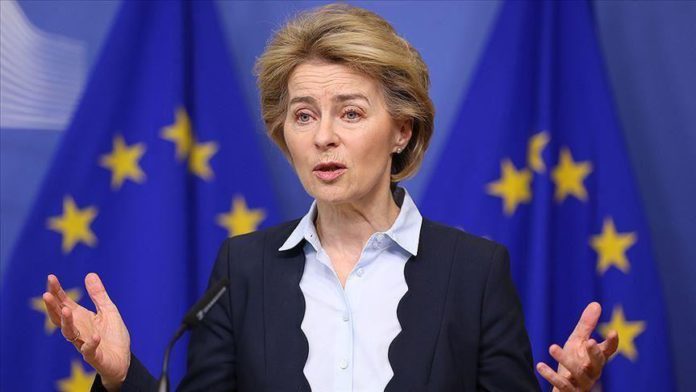 The Western Balkans is an absolute priority for the EU, the president of the European Commission said on Wednesday.

Speaking at a press conference following a videoconference summit of EU and Western Balkans leaders, Ursula von der Leyen said the participants in the meeting had “a very good discussion on our common challenges and the steps to take forward our cooperation.”

Participating in the summit were 27 EU heads of state and government, as well as EU top officials and leaders from Albania, Bosnia and Herzegovina, Serbia, Montenegro, North Macedonia, and Kosovo. It was hosted by Croatia, who assumed the turning presidency of the EU Council for the first half of 2020.

The event was replaced by a videoconference due to the ongoing novel coronavirus pandemic, though the summit’s closing document was still called Zagreb Declaration.

“EU has a special responsibility in the region,” she said, citing the EU’s €3.3 billion ($3.6 million) package to mitigate the effects of the virus outbreak.

On Tuesday, EU ambassadors agreed on a €750 million micro-financial aid package for six countries in the Western Balkans. After an official approval by EU institutions, the assistance in the form of loans will help the region relaunch its economy after the crisis caused by the virus subsides.

The remaining €850 million ($919 million) will be transferred as a grant for economic and social recovery, as well as support for healthcare.

The EU also involved Balkan countries in its joint procurement projects to provide medical equipment and agreed to set up so-called green lanes at international borders to facilitate the transport of essential goods.

“We are sending a strong signal, EU is here standing by and helping them,” Croatian Prime Minister Andrej Plenkovic added.

As the youngest EU member who only joined the bloc in 2013, Croatia understands its neighbors particularly well, Plenkovic said.

“Enlargement was a truly transformative exercise for our legal and economic system,” he said, stressing the importance of the rule of law, the fight against corruption and media freedom together with von der Leyen.

However, the Zagreb Declaration carefully avoided the term of enlargement, using only the expression of “unequivocal support for the European perspective of the Western Balkans.”

The President of Serbia, Aleksandar Vucic, said that during the summit, Belgrade confirmed its commitment to EU membership.

“We would like to talk less about the perspective, and more about the enlargement process. Serbia wants to be in the EU and we want to have that kind of concrete answer,” Vucic said.

He added in a statement to public broadcaster Radio Television of Serbia that three topics were dominant in the conference, namely economic recovery after the pandemic, continued reforms and the process of EU accession.

“The EU is a strategic goal for us, but I will not condone anyone and speak out against China and Russia,” Vucic added.

Vucic said that he asked the EU for more grants than loans, but that Serbia would “obviously have the highest growth in Europe” after the pandemic.

At the conference, he asked the EU for an exception for steel production, which was an important part of Serbian industry, with European leaders confirming that this would be considered.

“For us, Smederevo Steelworks is the biggest exporter, the essence of our economic growth,” Vucic said, referring to a major steel producer in the country.