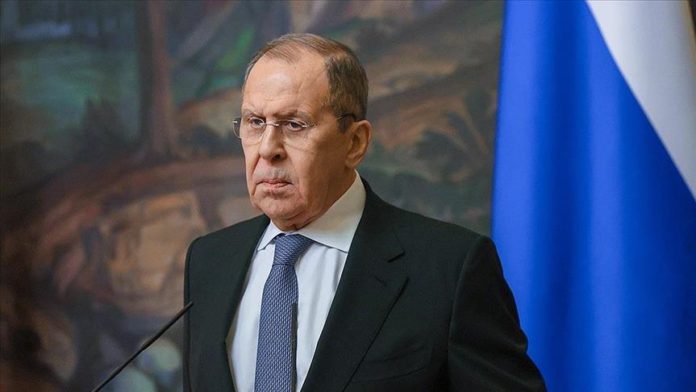 The West has declared a hybrid war on Russia, the consequences of which will be felt by everyone without exception, the Russian foreign minister said on Saturday.

Speaking at a meeting of the Council on Foreign and Defense Policy (SVOP) in Moscow Oblast, Sergey Lavrov said that it was difficult to say how long this hybrid war would last.

“The collective West has declared a total hybrid war on us, and it is difficult to predict how long it will last, but it is clear that everyone will feel the consequences without exception,” the minister said.

Russia did everything to avoid a direct collision but accepted the challenges, including the challenge of sanctions, the minister added.

“We are no stranger to sanctions, they have almost always been in one form or another,” he noted.

Lavrov expressed surprise at how easily the West abandoned fundamental values, authorizing “any hostile actions” against Russia, including “direct robbery.”

However, by violating legal norms to punish Russia, the West destroyed itself, and its reputation of being the idol of freedom and democracy, he said, adding that through the “predatory actions,” Western countries have dispelled the impression of reliable partners.

Lavrov criticized attempts to recruit Russian diplomats abroad, as well as their mass expulsion, saying that there were no such precedents, even during the Cold War.

He said that no diplomats had forsaken the country, despite such attempts being made from abroad, as well as inside the country, he said.

US behind anti-Russia actions

The minister accused the US of being behind all such anti-Russia actions, directing EU policies. The EU is losing its independence, and becoming a NATO appendage, he added.

Washington is weakening Europe and freeing up its markets for American goods, technologies, and military-technical products, he maintained.

“The European Union is losing signs of independence, sacrificing the quality of life of Europeans and fundamental interests in favor of the United States and the unipolar world order it is promoting,” he said.

The world is experiencing a decisive moment, which will determine whether the world order will become fair, democratic, and polycentric, or if it will consist of a small group of countries trying to impose their will on the international community, stressed the Russian top diplomat.

“Now, all countries capable of pursuing an independent policy are under attack by the United States. Those who disagree will be punished,” he said, warning: “We will fight back.”

The minister said he expects that NATO will expand its ambitions to the Indo-Pacific region, and that the next line of defense, which during the Cold War was drawn along the Berlin wall, would be shifted somewhere in the area of the South China Sea.

Such aspirations show that NATO is not a defensive alliance, he stressed.

“The idea is being held that NATO, as the vanguard of the community of democracies, should replace the UN in matters of world politics, at least subordinate this policy to itself, and the management of the global economy should be taken to the Group of Seven (G7), where, from time to time, statisticians needed by the West at one time or another will be graciously invited,” he said.

In such circumstances, Russia will seek closer ties with countries that do not support the Western neocolonial aspirations to subdue and exploit the rest of the world, he said.

US: Judge rules in favor of gun rights in California