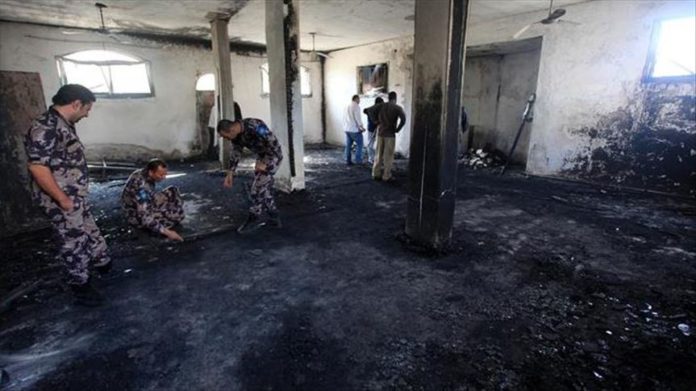 A mosque was vandalized Monday in a suspected “price tag” attack in the occupied West Bank, according to Palestinian residents.

Attackers spray-painted anti-Arab slogans and racist graffiti on the walls of a mosque in al-Bireh city in the central West Bank, the residents said.

“The Israeli government is responsible for such criminal and racist acts,” Hussam Abu El-Rub, an official with the Awqaf and Religious Affairs Ministry, said in a statement.

He accused the Israeli authorities of supporting “these terrorist groups that do such acts”, going on to call on the international community to intervene to “stop these groups from attacking Muslim holy sites”.

“Price tag” vandalism is a strategy used by extremist Jewish settlers to attack Palestinians and their property in retaliation for perceived threats to Israeli settlement expansion.

According to Palestinian figures, more than 700,000 Jewish settlers now live on 196 settlements which were built with the Israeli government’s approval and more than 200 settler outposts — built without the government approval — across the occupied West Bank.
International law views the West Bank and East Jerusalem as “occupied territories” and considers all Jewish settlement-building activities on the land to be illegal.
*Ahmed Asmar contributed to this report from Ankara

'Greece should not be tool of other countries' ambition'