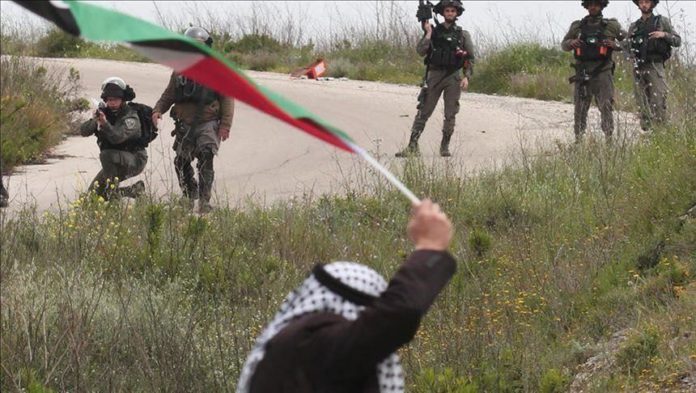 Israeli soldiers on Friday injured three Palestinian farmers demonstrating for access to their olive gardens in the occupied West Bank.

Clashes erupted between Israeli soldiers and Palestinian activists and farmers in the town of Burka in the eastern Ramallah province.

The soldiers used tear gas and plastic bullets to disperse the group. Three farmers were injured, while many others were affected by the gas.

Since the olive harvest began in late September, Jewish soldiers and settlers have been carrying out attacks against the farmers in various places in the occupied West Bank.

More than 400,000 settlers across 250 settlement outposts in the occupied West Bank make life even more difficult for Palestinians living under occupation.