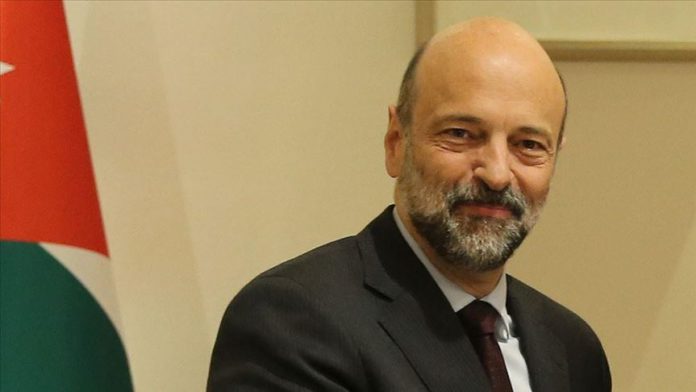 Jordan’s prime minister said Israel’s plans to annex parts of occupied West Bank could “unleash a new wave of extremism” in the region.

Speaking to British daily The Guardian, Omar al-Razzaz said Israeli Prime Minister Bejamin Netanyahu’s annexation policy would be “ushering in a new apartheid state” that could be a radicalizing force and further destabilise the region.

“The way we see it, anything short of a viable two-state solution is going to push not just Jordan, not just Palestine, not just Israel, but the region and the world into chaos,” he said in an interview with the daily in Amman.

He said Jordan, on the other hand, could view favorably the creation of a single Palestinian-Israeli state, provided it gave equal rights to both peoples.

“You close the door to the two-state solution, I could very well look at this positively, if we’re clearly opening the door to a one-state democratic solution,” al-Razzaz said.

“I challenge anybody from Israel to say yes, let’s end the two-state solution, it’s not viable,” he said. “But let’s work together on a one-state democratic solution. That, I think, we will look at very favourably. But closing one and wishful thinking about the other is just self-deception.”

“We are against unilateral actions,” Razzaz said.

We are against annexation

“Jordan will not absorb transfers of Palestinians,” Razzaz said.

“Jordan will not become ‘the’ Palestine, as the Israeli extreme right wishes. And Jordan will not give up its custodianship over [holy Muslim and Christian sites in] Jerusalem. These three are clear for us.”

The Jordanian premier also said the annexation would enshrine a South Africa-style apartheid system that was already being practiced against Palestinians inside Israel and in the occupied territories.

As part of US President Donald Trump’s so-called Deal of the Century, Israeli Prime Minister Benjamin Netanyahu had announced last month that his government would formally annex the Jordan Valley and all settlement blocs in the West Bank.

The majority of the international community including the European Union members do not recognize Israel’s sovereignty over territories that it has occupied since 1967.