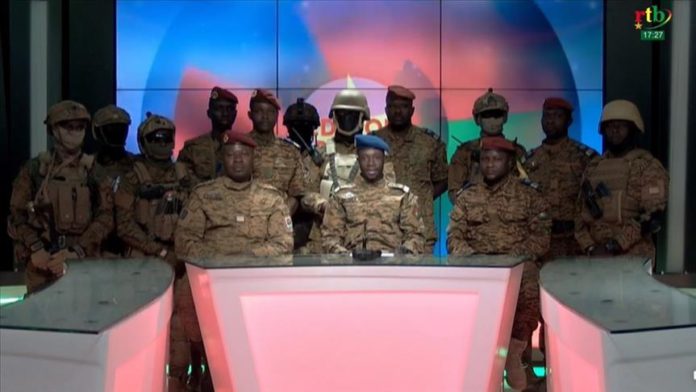 In the wake of Monday’s coup in Burkina Faso, an influential West African regional bloc has suspended Burkina Faso from its governing bodies.

The move came Friday at an extraordinary virtual Economic Community of West African States (ECOWAS) summit to discuss the political situation in the country convened by Nana Addo Dankwa Akufo-Addo, Ghana’s president and chairman of the bloc’s authority of heads of state and government.

No other immediate sanctions were announced. But a new summit is scheduled for next Thursday in Ghana to be attended by regional heads of state.

In his opening remarks, Akufo-Addo said the resurgence of coups in the community is a threat to the peace, security and stability of the region.

“The deteriorating political situation in the region should be a matter of great concern to all … no country is insulated from the occurrence in the community and we have to nip it in the bud,” he said.

“This situation hinders the much-needed economic and social development of the region.”

Akufo-Addo told the meeting that recent events in the region – evidently referring to coups – were a wake-up call that not everyone prefers democracy as a mode of governance, and “we have to work to convince those people that we are all safer under democracies.”

He said the bloc should not renege on collective duties and obligations to ensure a peaceful, democratic, and prosperous community.

“I urge you to examine critically this rising phenomenon in our region and take the necessary decisions to meet the aspirations and expectations of our peoples. The world is looking up to us to be firm in the matter and the outcome of our meeting,” he said.

ECOWAS has demanded the release of deposed Kabore as well as other arrested high-ranking officials.

He said Burkina Faso will continue to respect international commitments, respect human rights, and ensure the independence of the judiciary.

Saying that he understood the “legitimate doubts” triggered by the coup, Damiba also pledged to steer the country to a normal constitutional order “when the conditions are met” and cited security as was his priority.

Since the takeover by the military, through a group calling itself the Patriotic Movement for Liberation and Restoration, figures close to deposed President Roch Marc Christian Kabore have been arrested.

Media reports said the head of the National Assembly, Alassane Bala Sakande, Prime Minister Lassina Zerbo, and other high-ranking members or figures close to Kabore’s government have been barred from leaving the capital without authorization.