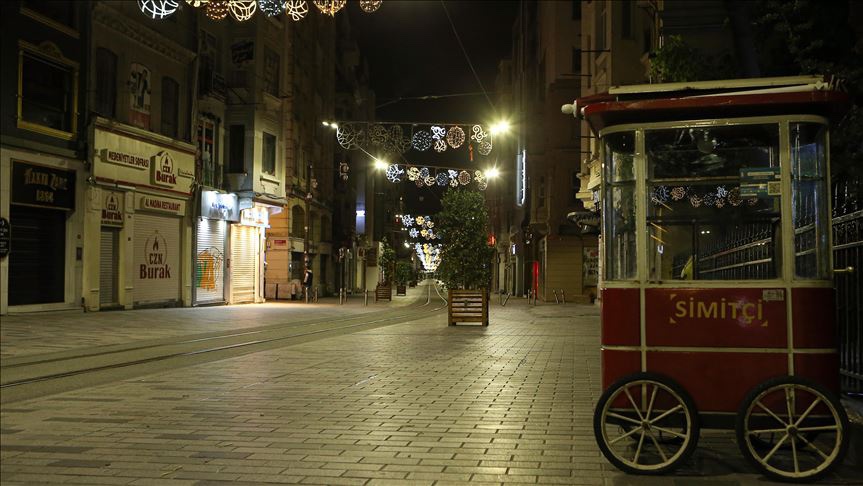 A two-day curfew in 15 provinces in Turkey begun at midnight Friday as part of measures to stem the spread of COVID-19.

Also, bakeries will remain open during the curfew.

Residents, except those who are older than 65 and under 18, and those with disabilities, may leave their homes on condition they do not use a vehicle for travel.

The first curfew was declared April 11 – 12 and was followed by subsequent ones in the recent weeks.

The number of patients who recovered from the disease hit 125,963 as 1,594 additional patients were discharged from hospitals in the past 24 hours, Health Minister Fahrettin Koca said Friday.

Koca said the death toll from the outbreak rose to 4,489, as Turkey reported 28 new fatalities in the last 24 hours.

The pandemic has claimed more than 363,000 lives in 188 countries and regions since originating in China last December. The US and Europe are currently the world’s worst-hit regions.

Nearly 5.9 million cases have been reported worldwide with more than 2.4 patients recovering, according to figures compiled by US-based Johns Hopkins University.