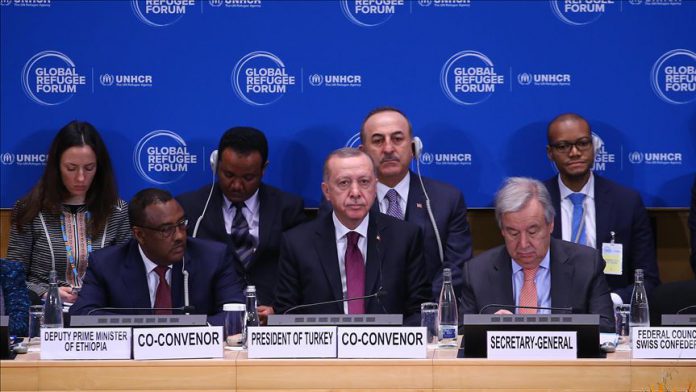 Developed and wealthy Western countries, as well as some rich Arab nations, failed to step up to resolve the refugee crisis, according to Turkey’s president.

“The world avoiding the refugee problem does not eliminate this problem,” Recep Tayyip Erdogan told reporters on Tuesday after co-chairing the first Global Refugee Forum in Geneva, Switzerland.

Erdogan proceeded from Geneva to Malaysia to attend a summit of Muslim world leaders in Kuala Lumpur.

The summit, which lasts through Dec. 21, is a global platform for dialogue that will bring together Muslim leaders, intellectuals and scholars to produce solutions to problems faced by

Tougher COVID-19 restrictions to be imposed in London