TurkishPress
Home News We will have a say in future technology: Turkish leader 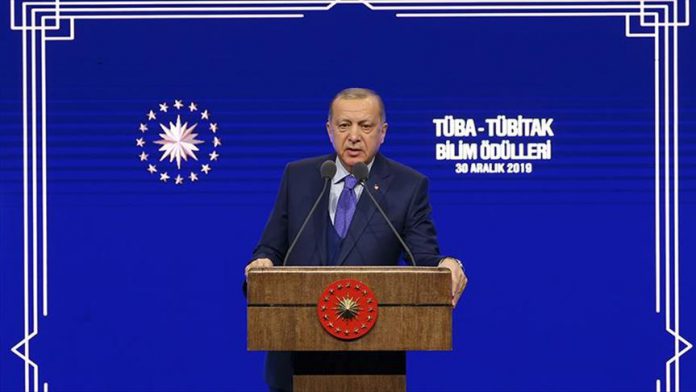 Citing the prototype of Turkey’s landmark indigenous car unveiled last week, Turkey’s president on Monday voiced the nation’s ambition to have a say in the field of technology.

“Turkey will not only be the market for new technologies anymore, we’re determined to produce these technologies, spread them all over the world and become a country that establishes standards set by itself,” said Recep Tayyip Erdogan.

His remarks came at a ceremony for Turkey’s Scientific and Technological Research Council (TUBITAK) and Turkish Academy of Sciences (TUBA) awards in the capital Ankara.

He stressed that the Turkish public has embraced the

Read more: We will have a say in future technology: Turkish leader