TurkishPress
Home Diplomacy We hope issue of S-400 can be resolved: US envoy to Turkey 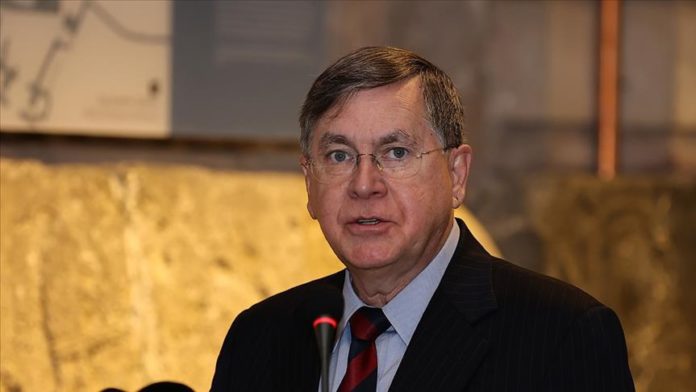 The US ambassador to Turkey said on Friday that they hope the S-400 issue between Turkey and the US can be resolved.

“We hope that the issue of S-400 can be resolved. But if it cannot be, we will continue to focus on all the areas of our cooperation that are not directly affected by the sanctions which we put into place,” David Satterfield told reporters, evaluating Turkey-US relations.

On Dec. 14, the US imposed sanctions on Turkey over its acquisition of the Russian S-400 missile defense system.

Touching on Turkey’s state lender Halkbank case, he said it is “not a matter for the US administration”, adding: “The matter of the judicial proceedings in the Southern District of New York with respect to Halkbank case lies exclusively in the whelm of US courts.”

Mentioning that his country’s position regarding the SDF — the Syrian offshoot of the YPG/PKK terror group — has not changed, Satterfield noted that they will continue to work with the SDF in northeast Syria.

“We continue to engage in efforts to confront the threat posed by ISIS/Daesh in northeast Syria, as we work to address that threat elsewhere in the region.”

In its more than 30-year terror campaign against Turkey, the PKK — listed as a terrorist organization by Turkey, the US, and the EU — has been responsible for the deaths of nearly 40,000 people, including women, children, and infants. The YPG is the PKK’s Syrian offshoot, and in 2017, the terror group sought to re-brand itself as the so-called SDF.