TurkishPress
Home News 'We have not been able to build a nation' in Afghanistan: Merkel 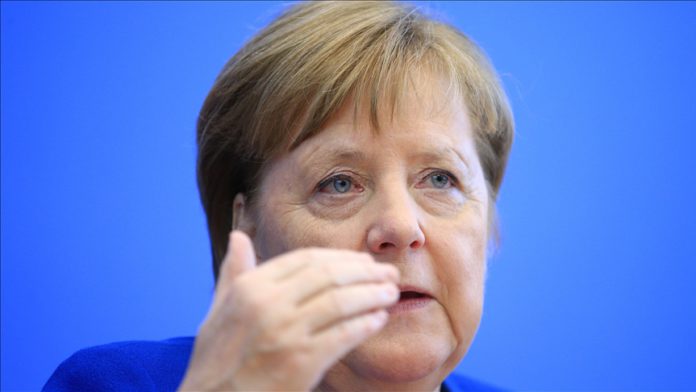 German Chancellor Angela Merkel said Thursday that the US-led coalition which also includes Germany could not build a nation in Afghanistan after a 20-year war.

Merkel’s remarks came during a joint press conference with US President Joe Biden at the White House.

The US withdrawal from Afghanistan is expected to be completed by the end of August. More than 95% of that process is done, the US military said earlier this week.

“Over many, many years, we’ve served together in Afghanistan. We’ve been able to contain, to a certain degree, terrorist dangers, but unfortunately we have not been able to build a nation as we would like it to look,” said Merkel.

Germany had “a good partnership” with the United States, and there were “very good contacts” between German and US troops, she added.

Alongside the nearly completed US withdrawal, Berlin pulled out its last remaining soldiers from Afghanistan late last month after nearly two decades, ending the country’s most lethal military operation since World War II.

Berlin had the second-largest contingent of troops in Afghanistan after the US, with around 160,000 soldiers reportedly deployed over the past two decades.

A total of 59 German soldiers died in Afghanistan, including 35 in combat operations. The military mission in Afghanistan cost German taxpayers an estimated €12.5 billion ($14.8 billion).

On Wednesday, Germany voiced strong support for the embattled Afghan government as Taliban insurgents take control of more and more territory in Afghanistan.

“We remain firmly on the side of the Afghan government. We agree with the international community that we support the [Afghan] government and the president,” Rainer Breul, spokesperson for the German Foreign Ministry, said at a weekly press briefing in Berlin.