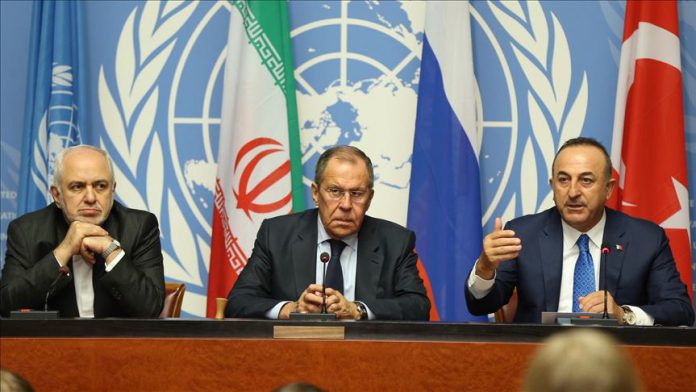 Turkey’s Foreign Minister Mevlut Cavusoglu said on Tuesday that Turkey believes its Russian partners over the withdrawal of YPG from the region, but cannot trust terrorists.

“Russia informed us PKK/YPG elements left. We have to believe our Russian partners but we cannot trust terrorists,’ Cavusoglu said at a press conference with his Russian and Iranian counterparts in Geneva.

Touching on the Syria Constitutional Committee meetings that will start tomorrow, he said that the launch of talks for new Syria constitution is a huge step forward.

Ankara and Moscow reached a deal under which YPG/PKK terrorists will pull back 30 kilometers (18.6 miles) south of Turkey’s border with northern Syria within 150 hours, and security forces from Turkey and Russia will conduct joint patrols there.